The DP's approval rating kept dropping, as a growing number of voters, especially in Seoul and nearby Gyeonggi Province, are in a fury over skyrocketing housing prices and rent.

In a five-day Realmeter survey of 2,520 people, aged 18 or older, nationwide through last Friday, 35.1 percent of respondents expressed support for the DP, down 3.2 percentage points from the previous week.

The rating marks the highest in the pollster's weekly survey since the party was formed in February through the merger of the Liberty Korea Party and a few smaller conservative parties ahead of the April 15 parliamentary elections. The UFP suffered a crushing loss in the elections.

The gap in public support between the rival parties was 0.5 points, the lowest of all time. 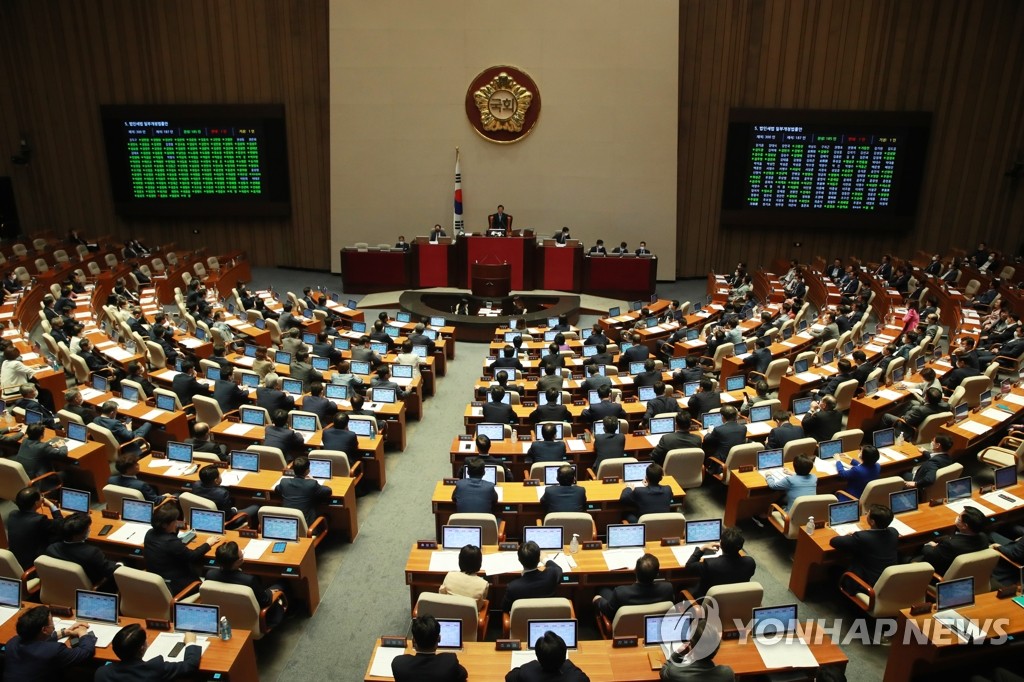 Many agree that weeks of decline in the ruling bloc's approval ratings are mainly attributable to unrelenting hikes in apartment prices and housing rent in the greater Seoul area, home to around half of the nation's 52-million population.

The Moon administration has come under fierce criticism over its housing market policy. Revelations that some senior Cheong Wa Dae officials have owned two houses or more have fueled public anger.

Last Friday, Moon's Chief of Staff Noh Young-min and all five senior secretaries under his command offered to resign, saying their actions were meant to take responsibility for the "comprehensive recent situation."