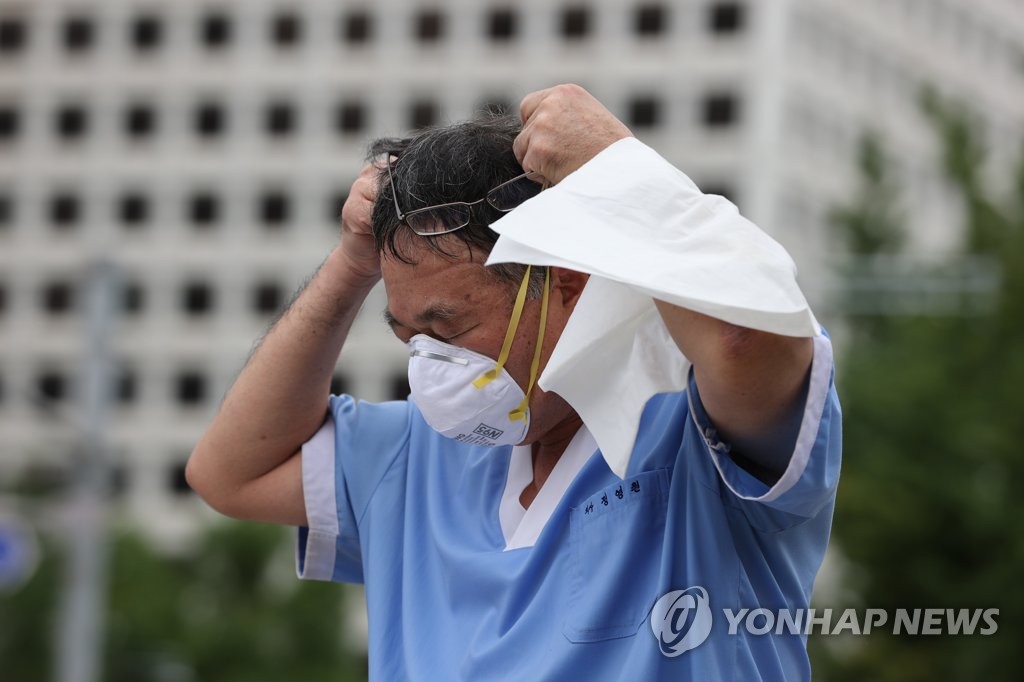 The Namedaemun Market in central Seoul reported seven cases, but they were traced to cluster infections tied to a church in Goyang. Accordingly, the total number of related infections shot up to 31 as of Monday.

Another church from Goyang added one more virus case for a total of 21 cases. A church from Gimpo reported six new patients as well, raising the total to eight.

"The new cluster infections came as the patients did not wear protective masks properly and did not keep safe distances while dining together," KCDC Director Jeong Eun-kyeong said. 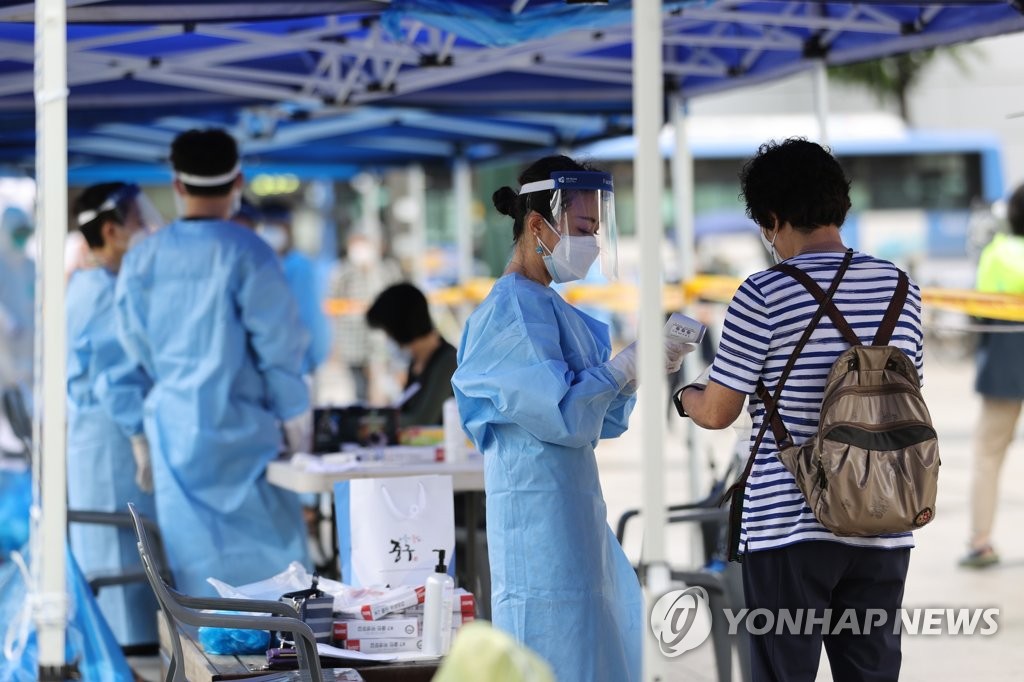 "We are concerned that there has been an increase in the number of infections at local churches, with the virus also spreading to day care centers, door-to-door sales businesses and large-sized marketplaces," Yoon Tae-ho, a senior health official, also said in a briefing.

Over the period, the average number of imported cases fell to 21.4 from the previous 31.4, they added.

The country has not required the mandatory quarantine for South Korean businessmen returning home from China, Vietnam and Cambodia since July 29.

Health authorities said they have identified three new strains of COVID-19 from imported cases -- two from Pakistan and one from Uzbekistan.

South Korea plans to carry out additional investigation on the possible mutation of the so-called spike protein through cooperation with the World Health Organization. Spike protein is known to help COVID-19 penetrate into a living human cell.

"The latest findings will not affect the existing polymerase chain reaction tests, but we find it necessary to find out whether they have a different degree of infectivity," Jeong said.