SEOUL, Aug. 10 (Yonhap) -- A shipment of grain that North Korean leader Kim Jong-un promised to provide for flood victims has reached those in need, state media reported Monday, stressing that the aid shows the leader's "great loving care" for his people.

Kim promised to release grain from his own special stock for flood victims during a visit last week to the Taechong-ri area of Unpha County in North Hwanghae Province, where more than 900 homes and 600 hectares of rice fields were inundated after a dyke broke.

On Monday, the Korean Central News Agency reported that trucks carrying grain arrived at Unpha County on Sunday morning, and a ceremony was held for "conveying the solicitude shown by the Supreme Leader for the people."

"Great loving care of Supreme Leader Kim Jong-un who prioritizes safety and happiness of people and spares nothing for them has reached people in the flood-hit area of Unpha County," KCNA said.

Kim's grain reserve refers to a special stockpile of grain that can be used under his orders in the event of a crisis or war.

His decision to open up the grain reserves for the flood victims appears intended to allay public grievances, as the poverty-stricken country has struggled to prevent an outbreak of COVID-19 in the North for over six months in an economy already faltering under international sanctions.

Rodong Sinmun, the official newspaper of the North's ruling party, reported that military units were urgently dispatched to Unpha County and have started carrying out recovery work on roads and dikes overnight.

"The soldiers responsible for ditching waterways are putting in all efforts in the restoration work despite unfavorable weather conditions of continuous rain," the paper said.

Officials are also working to recover farmland and minimize damage to crops by removing water from the inundated land and sowing new crops, it added.

Heavy rainfall is expected to continue on Monday and Tuesday, with as much as 50 to 150 millimeters pouring in Hwanghae Province, according to the North's weather agency.

Flooding in Hwanghae Province is likely to affect the North's crop output as it is one of the main regions of grain production. 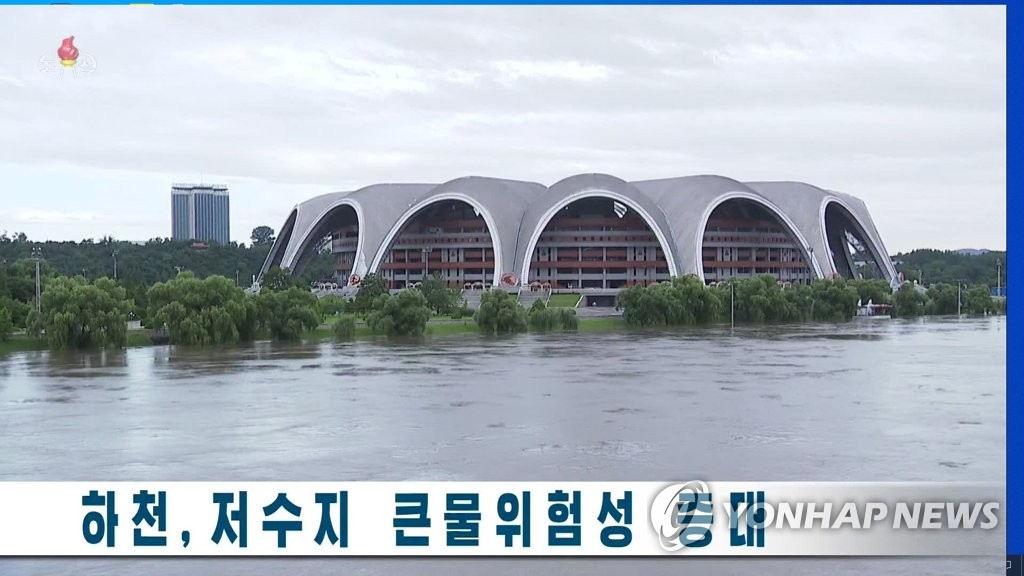 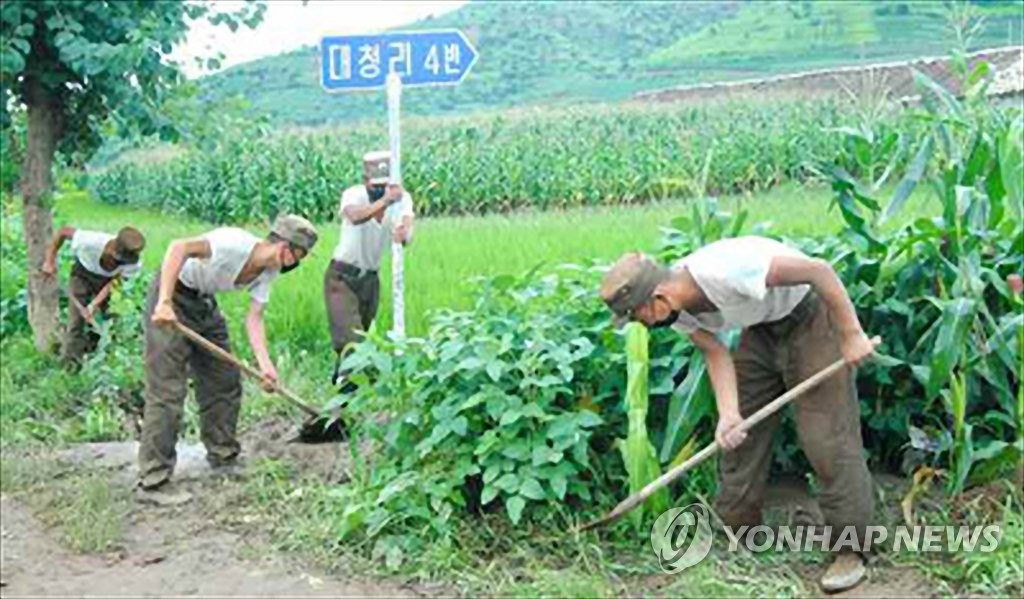