TinyTAN, consisting of BTS-inspired animated characters, revolves around a fictional universe in which the alter egos of BTS members are personified into adorable figurine-like characters representing the group, according to Big Hit.

Big Hit IP, a character-merchandise subsidiary of Big Hit Entertainment, said it plans to present various content and products using the TinyTAN brand. A teaser video for TinyTAN was unveiled on Saturday.

"In TinyTAN, not only are the distinct characteristics of the seven members reflected but also the music, performance and the good-minded influence of the band are encompassed as well," Big Hit IP said.

Big Hit plans to roll out TinyTAN products through the company's mobile fan community-commerce platform Weverse in the future.

TinyTAN will also be used in third-party product commercials as well. Big Hit has recently reached a deal with Proctor and Gamble to use the TinyTAN characters in an advertisement for the fabric softener product Downy. 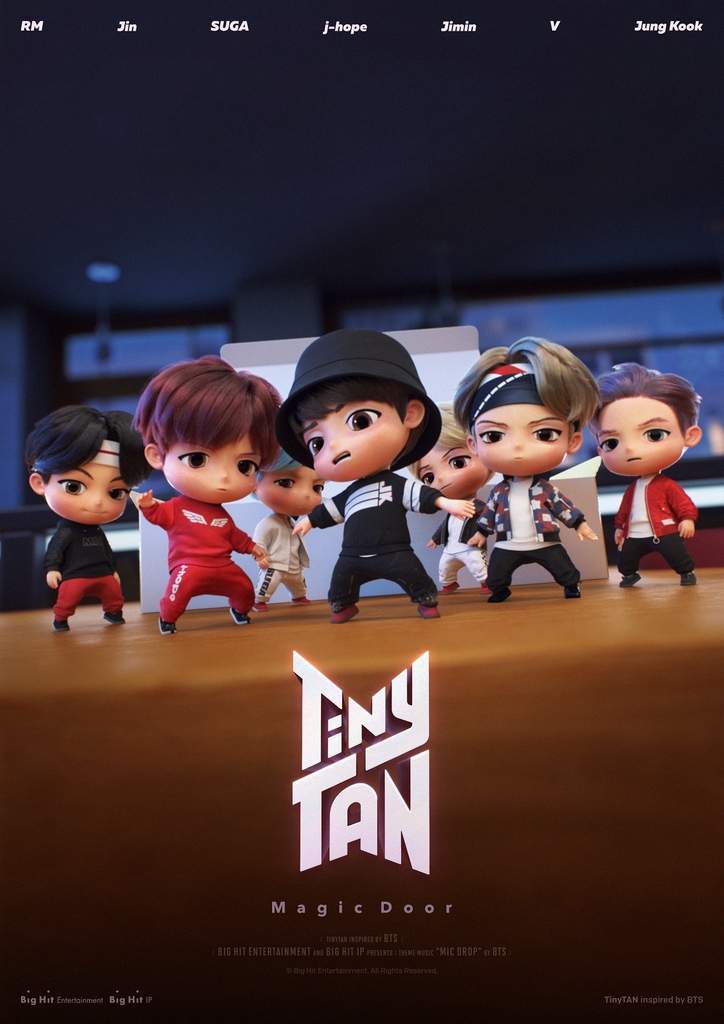