SEOUL, Aug. 10 (Yonhap) -- South Korea lowered the travel alert Monday for the Chinese province of Hubei, the original epicenter of the coronavirus pandemic, as the situation there has stabilized and travel demand is growing, the foreign ministry said.

The "red" travel warning for Hubei, meaning "advised to leave the area," has been lifted, and the region is now under the special travel advisory applied to the rest of the Chinese territories, the ministry said in a press release.

"We have taken into account that the virus situation in Hubei province is being managed at a stable level equivalent to those of other parts of China, and that our nationals who are based there, self-employed people and international students are hoping to return," the ministry said.

The government issued the red travel alert for Hubei on Jan. 25 in one of its first steps to prevent the spread of the virus in the early stage of the pandemic.

In late March, the government issued the special travel advisory for all foreign countries, except for those already under higher alert, as the pandemic took hold across the globe.

Meanwhile, the ministry raised the travel alert to "red" for the border areas of Azerbaijan and Armenia, after fresh tensions escalated between the two former Soviet republics in a decadeslong territorial dispute over an Azerbaijani region seized by ethnic Armenian separatists. 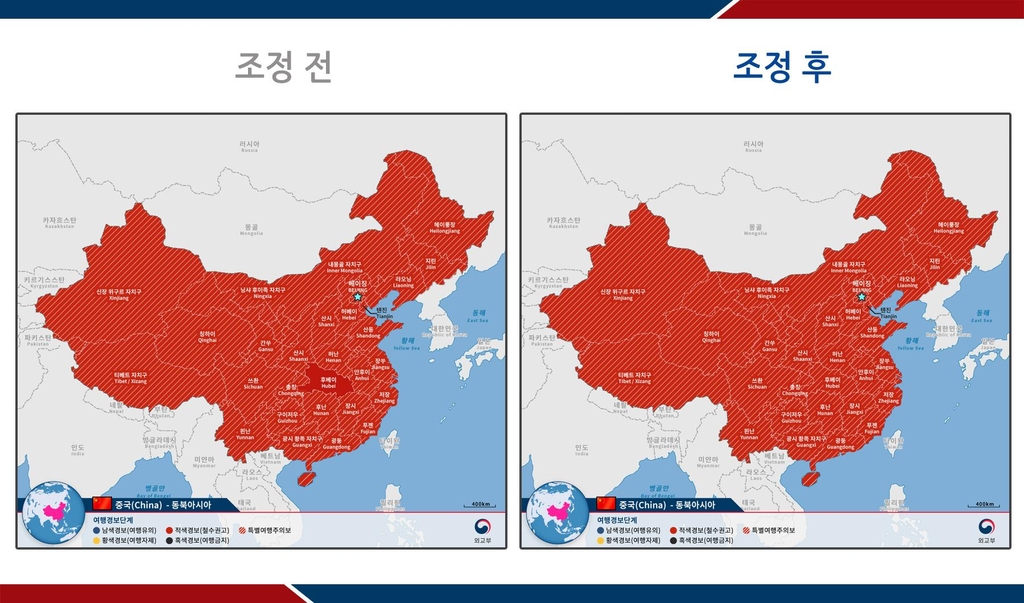