SEOUL, Aug. 10 (Yonhap) -- The number of foreigners who traveled to South Korea slumped 97.5 percent on-year in June, data showed Monday, highlighting the drastic impact the new coronavirus is having on the local tourism sector.

The number of foreigners who visited the country came in at 36,943 in June, compared with 1.48 million in the same month last year, according to the data by the Korea Tourism Organization (KTO).

By country, the biggest number of tourists came from the United States with 9,717 visitors. This marked a 90.8 percent fall from the same period last year.

Visitors coming from Japan, Taiwan, Hong Kong and Thailand also dropped more than 99 percent from last year, according to the data.

The number of visitors in the first six months of the year, meanwhile, fell 74.7 percent on-year to 2.14 million.

"All routes connecting South Korea and China have been suspended, except for one route per carrier, and Japan's travel ban on South Korea continues to remain in place," the KTO explained. 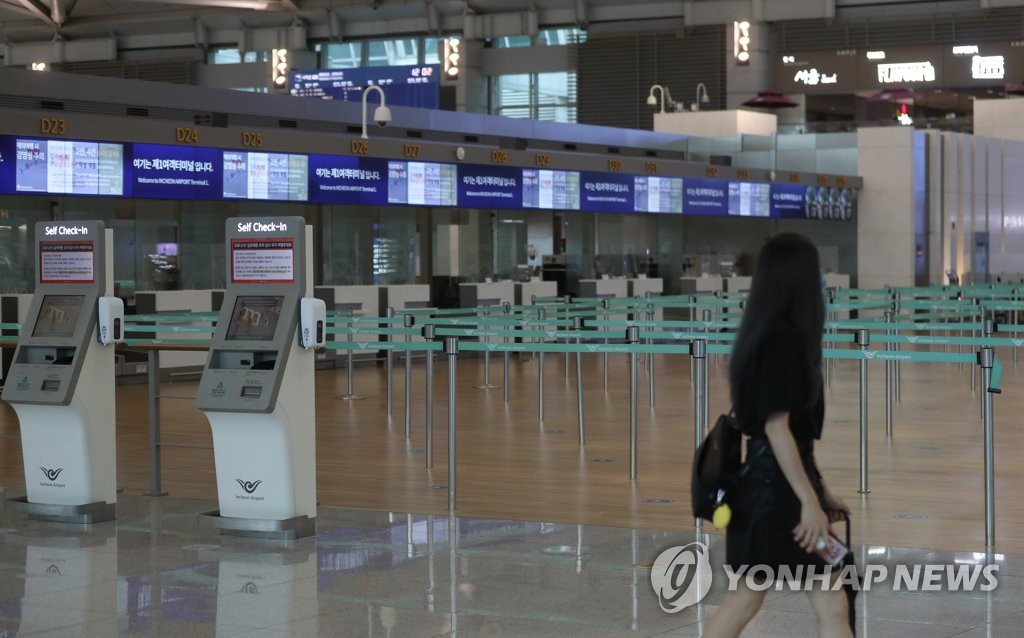