SEOUL, Aug. 10 (Yonhap) -- Indian carmaker Mahindra & Mahindra Ltd. will give up its status as the biggest shareholder of SsangYong Motor Co. if it finds a new investor, the South Korean company said Monday.

Mahindra's board of directors recently agreed to lower the company's 74.65 percent stake in SsangYong Motor to below 50 percent if an investor comes up for the cash-strapped automaker, a SsangYong spokesman said over the phone.

Mahindra Managing Director Pawan Goenka made the remark during a conference call on its second-quarter earnings results, according to SsangYong. He was also quoted as saying talks with potential investors are underway. 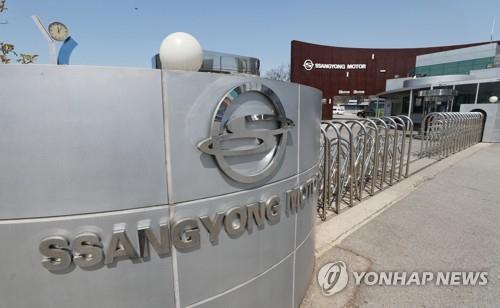 "It is hard for Mahindra to find a new investor in SsangYong if it sticks to the majority stake. So it has decided to lower its stake to below 50 percent to invite more investors," the spokesman said.

Mahindra made it clear in the conference call that it does not have a plan to inject fresh capital into SsangYong.

Mahindra has hinted at the possibility of giving up control of SsangYong Motor since June when Goenka said "SsangYong needs a new investor and Mahindra is working with the company for that purpose."

Early this year, Mahindra said it would inject 230 billion won (US$194 million) into SsangYong for the next three years after obtaining approval from its board. But its board voted against the plan in April, as the COVID-19 pandemic continues to affect vehicle sales in global markets.

Instead, Mahindra said it would consider a special one-time infusion of up to 40 billion won over the next three months to help SsangYong continue operations.

SsangYong Motor has struggled with declining sales due to a lack of new models and Mahindra's recent decision not to invest in the unit.

Its lineup consists of the flagship G4 Rexton, as well as the Tivoli, Korando and Rexton Sports sport utility vehicles.

In 2011, Mahindra acquired a 70 percent stake in SsangYong Motor for 523 billion won.

Mahindra to renounce controlling stake in SsangYong if investor comes up

Mahindra to renounce controlling stake in SsangYong if investor comes up