German Foreign Minister Heiko Maas made the comment after talks with his South Korean counterpart, Kang Kyung-wha, in the German capital.

"We very much welcome South Korea's participation in the G7 summit," he said during a joint press conference at the Berlin Wall Memorial, calling South Korea an "important" country in the world.

But Maas made clear that Germany is against expanding the group if it involves accepting Russia back in. 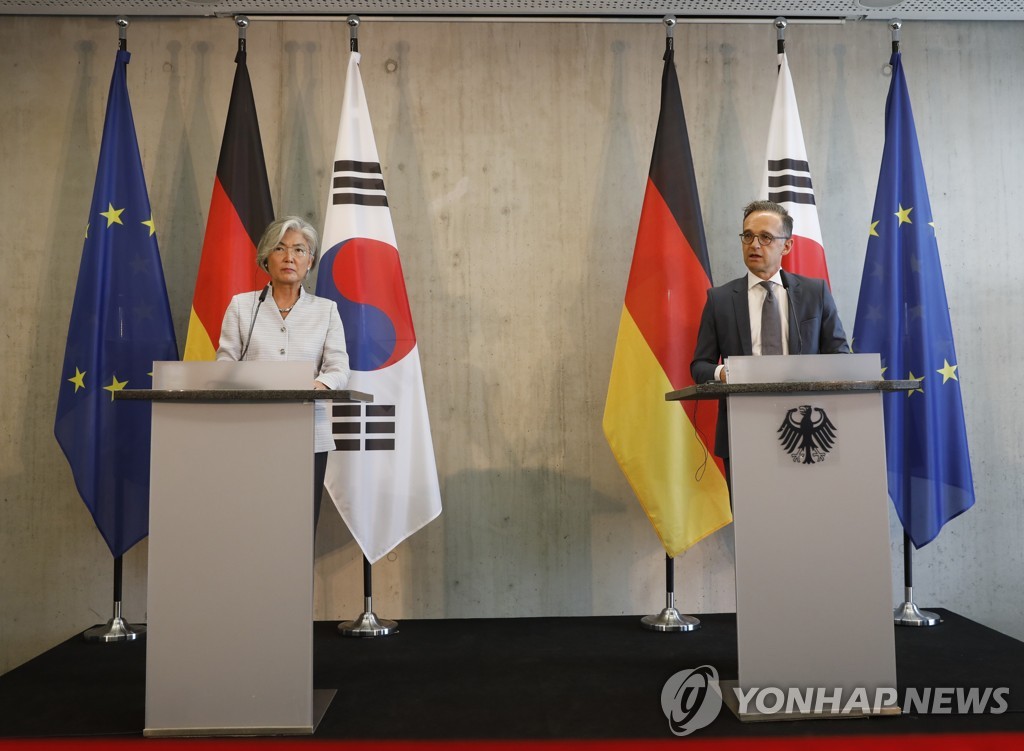 Russia was part of the former Group of Eight before its membership was suspended in 2014 due to its annexation of Crimea. The G7 comprises Canada, France, Germany, Italy, Japan, Britain and the United States.

Maas said Russia must first resolve the issue of Crimea and its ongoing disputes with Ukraine.

Expanding the G7 was an idea floated by U.S. President Donald Trump in May. Trump, as this year's chair, said he wants to invite South Korea, Australia, India and Russia to the next group summit in the fall.

Kang, on her first overseas trip since February, said South Korea welcomes the invitation and will actively take part in the forum.

On the question of expanding the G7, she agreed with Maas that the decision should be made following consultations within the international community.

She also said Seoul is closely following the U.S.' planned reduction of troops in Germany, but denied that there has been any discussion of a U.S. troop drawdown in South Korea.

Kang and Maas held the countries' second "strategic dialogue" on a wide range of issues, including their joint response to the coronavirus pandemic.

Kang said the two agreed on the need for a fair multilateral system as the global economy worsens in the wake of the pandemic, and to continue to work together in the economic recovery process.

The ministers also discussed the situation on the Korean Peninsula, according to Seoul's foreign ministry. Maas noted the South Korean government's efforts to improve relations with North Korea and agreed on the importance of peacefully resolving the North Korean nuclear issue through dialogue, it said in a press release.

Kang and Maas agreed to hold the next strategic dialogue in Seoul. 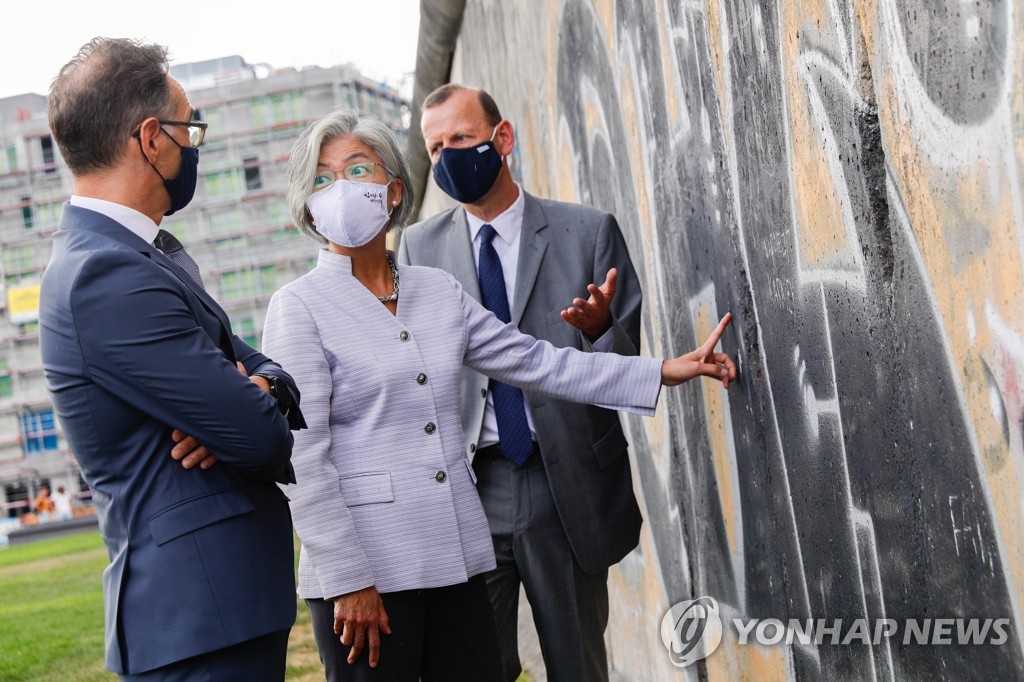