WASHINGTON, Aug. 10 (Yonhap) -- U.S. President Donald Trump said Monday that he wants to host a Group of Seven summit after the presidential election in November, not in September as previously planned.

South Korea has paid keen attention to the upcoming G7 meeting since Trump said in May that he will invite the country, along with Australia, India and Russia, to join the forum.

"I'm much more inclined to do it sometime after the election," Trump said during a White House press briefing. 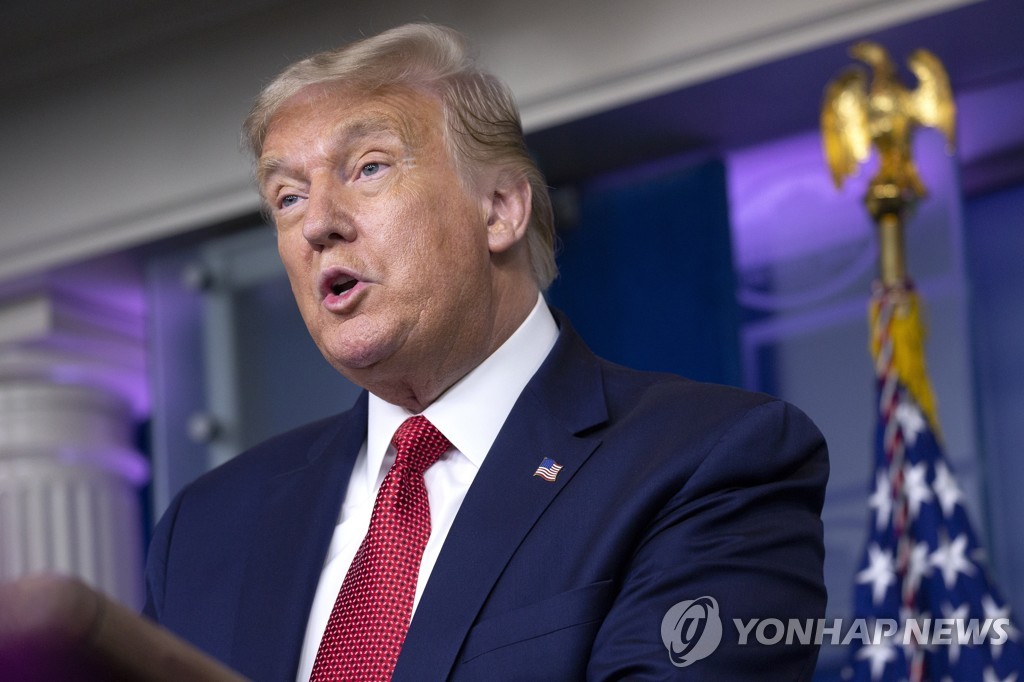 Trump said again that the U.S., as this year's chair of the G7, will invite "certain people" that are not part of the group. The G7 comprises Canada, France, Germany, Italy, Japan, Britain and the United States.

South Korea has been eager to join the world's most advanced economies, especially in the wake of its widely praised response to the coronavirus pandemic.

G7 members such as Japan and Germany have expressed opposition to expanding the group, although German Foreign Minister Heiko Maas said earlier Monday that his country welcomes South Korea's participation in the summit meeting, not Russia's.

Asked if he will invite Russian President Vladimir Putin, Trump said he does not know, but that he certainly would because he thinks Putin is an "important factor."

Trump also repeated the claim that if he wins reelection, Iran will "make a deal" with the U.S. soon after.

Trump said Friday that he will make deals with Iran and North Korea "very quickly" if reelected. In an interview with Fox News on Wednesday, he said Iran, China and North Korea would sit down for talks with the U.S. if the election were not months away.

Trump has met with North Korean leader Kim Jong-un three times to try and reach a deal on dismantling the North's nuclear weapons program in exchange for concessions, but the effort has produced little result.

Trump says he wants to host G7 summit after election

Trump says he wants to host G7 summit after election