SEOUL, Aug. 11 (Yonhap) -- South Korea raised the travel alert for the Lebanese capital of Beirut on Tuesday in the wake of last week's massive blast that killed more than 160 people and wounded thousands, the foreign ministry said.

A "red" alert has been issued for the city, which calls for travelers planning a trip there to cancel or postpone the plan and for Korean nationals in Beirut to leave the area.

Other parts of Lebanon are under a special travel advisory recommending against travel, as are all other foreign countries, over coronavirus concerns.

The ministry cited the growing unrest in Beirut after the Aug. 4 explosion devastated the city, paralyzing the medical system and triggering anti-government protests.

The blast occurred when a waterfront warehouse with nearly 2,800 tons of ammonium nitrate, a highly explosive fertilizer, caught fire. The explosion has claimed more than 160 lives and injured over 6,000.

Some ministers in Lebanon have resigned amid demonstrations blaming the government for mismanagement and corruption. On Monday, Lebanese Prime Minister Hassan Diab said the cabinet will step down en masse to take responsibility for the blast. 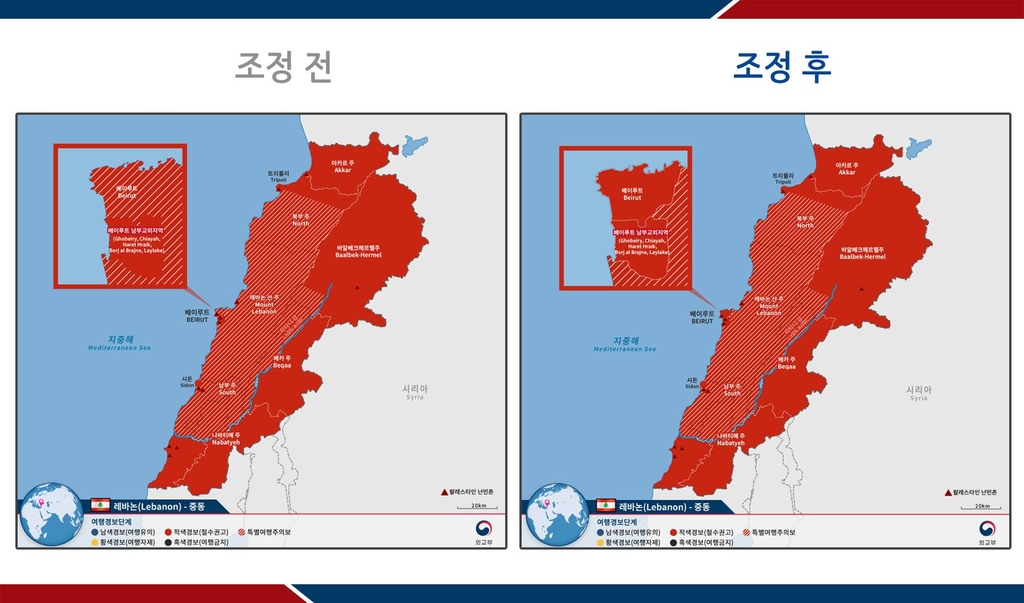