SEOUL, Aug. 11 (Yonhap) -- Samsung Electronics Co. remained the second-largest smartphone vendor in Canada in the second quarter of the year, but its market share gap with Apple Inc. has widened, a report showed Tuesday.

Samsung took a 34 percent market share in the April-June period in terms of smartphone shipments, according to industry tracker Counterpoint Research, down from 37 percent a year ago.

Apple solidified its top status in Canada, accounting for a 52 percent share in the second quarter of the year, up from 44 percent a year earlier. 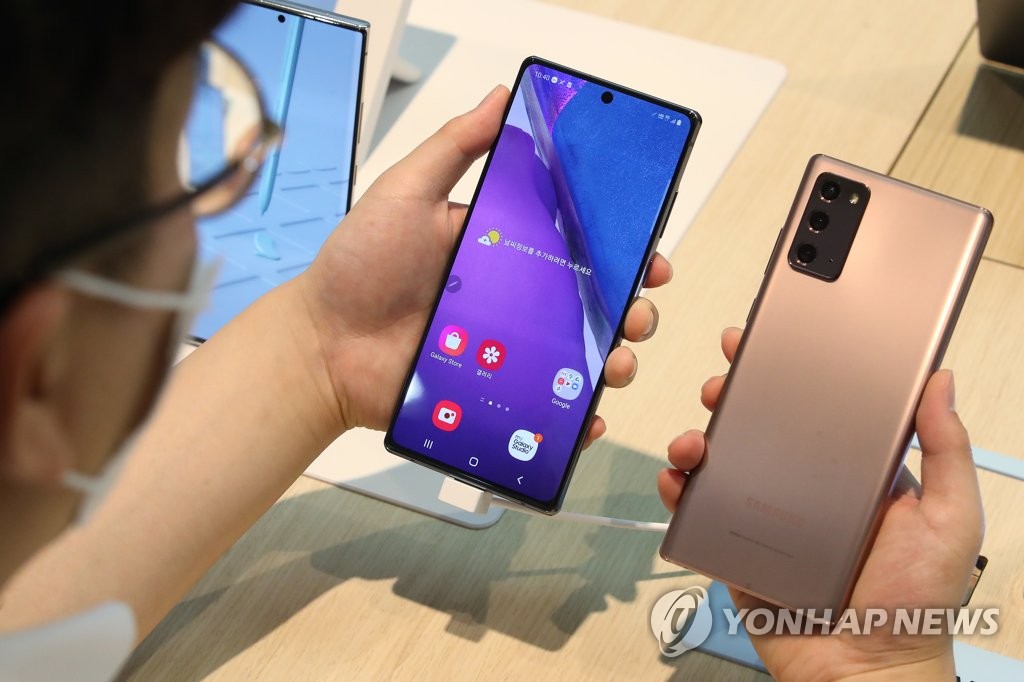 Samsung's South Korean compatriot LG Electronics Inc. came in third with a 4 percent market share, down from a 6 percent share a year ago.

Counterpoint Research said smartphone sales in Canada declined 36 percent year-on-year in the second quarter of the year due to the COVID-19 pandemic.

"The majority of carrier stores remained shut through the first half of the quarter, especially those in shopping malls," said Hanish Bhatia, a senior analyst at Counterpoint Research. "Customers refrained from making new purchases and preferred to isolate at home."