A unification ministry official said the Imjin River is maintaining a stable water level as of Tuesday morning.

"As of 10 a.m. Tuesday morning, the water level at Pilseung Bridge was 6.3 meters. The water levels of the Imjin River are stable," he said. "The water level has gradually decreased after recording 9.2 meters at around 7 p.m. yesterday."

"The government is keeping a close eye on the torrential rainfall situation near the inter-Korean border areas while taking necessary measures for the safety of our people, including evacuating residents beforehand and sharing information with other agencies," the official added.

Last week, the North partially opened the floodgates of Hwanggang Dam on the western inter-Korean border and sent water into the Imjin River, a move that put authorities on alert against a potential rise in water levels in the South. 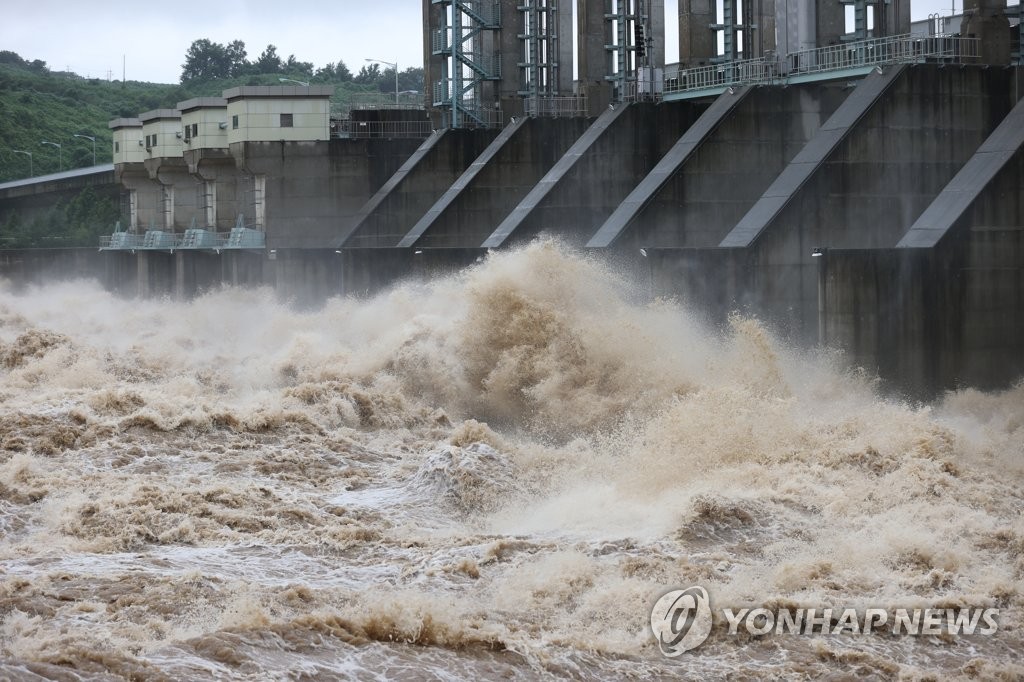