The world's first 5G-based glass device available for users, named "U+ Real Glass," will hit the shelves on Aug. 21.

While global tech giants, such as Google and Microsoft, have already featured similar devices, they fell short of expectations due to their hefty weight and price.

LG Uplus said its device, manufactured by Nreal after partnering with the Beijing-based startup last year, is more user-friendly, weighing just 88 grams and priced at 699,000 won (US$590). 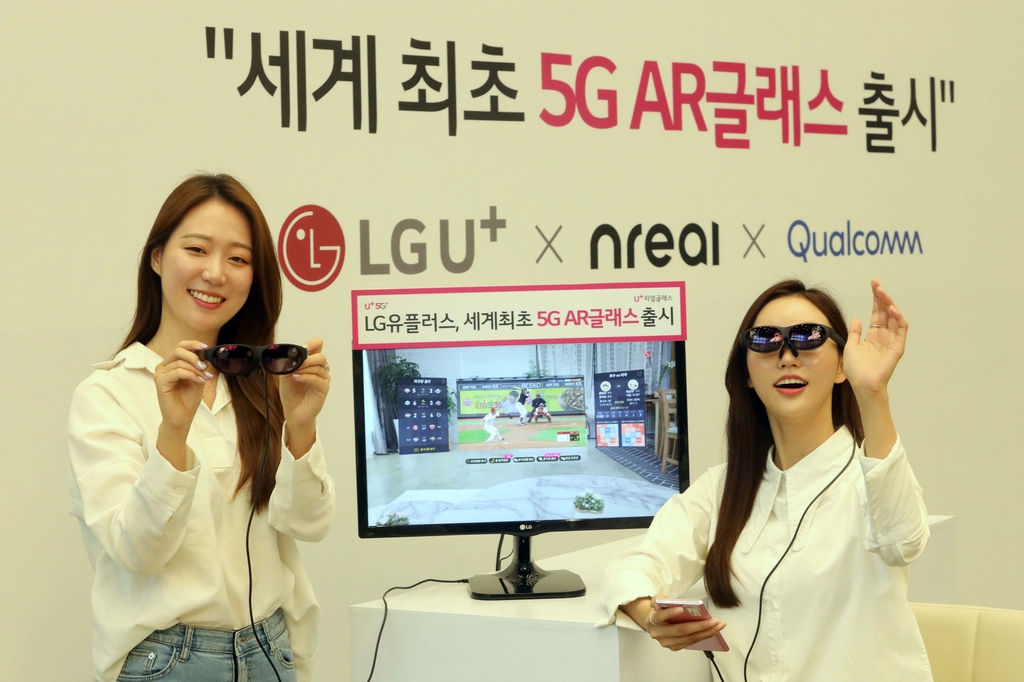 The glasses, which connect to a user's smartphone via USB, can project multiple applications as if they are on a 100-inch display. The smartphone serves as a remote for the device, though the company plans for an update next year that will allow hand gestures to control the device.

The glasses will be exclusively offered to LG Uplus 5G users and on select smartphones, including Samsung Electronics Co.'s Galaxy Note 20.

The company plans to launch a conference-call service using the device later this year, in partnership with U.S.-based AR developer Spatial.