SEOUL, Aug. 11 (Yonhap) -- President Moon Jae-in called on the government Tuesday to mobilize all available resources for the speedy recovery of flood damage in many parts of South Korea.

"Now, it's time to concentrate all-out efforts on the recovery of damage. The core of recovery work is speed," he said during a Cabinet meeting in Seoul.

He then called for the use of "all available resources, including reserve and disaster relief funds."

His remarks came as the country has suffered some of the worst flood damage in recent years.

This year's rainy season has continued for 49 days in the country. The state weather agency forecasts more rains in Seoul, nearby regions and the eastern province of Gangwon through this weekend.

A total of 42 people have been killed or left missing across the nation, with more than 7, 500 people displaced, due to days of downpours that began early this month, according to official data released Tuesday morning.

He also instructed civil servants to maintain their emergency duty system until the end of the longest-ever yearly monsoon in the nation.

"The monsoon is not over yet, though it's in the last stage," he stressed, urging government officials not to lower their guard.

"The ground has already become very weak, and the water level of dams and streams has risen to the highest level. If there is more torrential rain here, there may be huge damage," he said.

The president suggested mid-to long-term measures against natural disasters that "could repeatedly and unpredictably occur anytime due to climate change in the whole world." 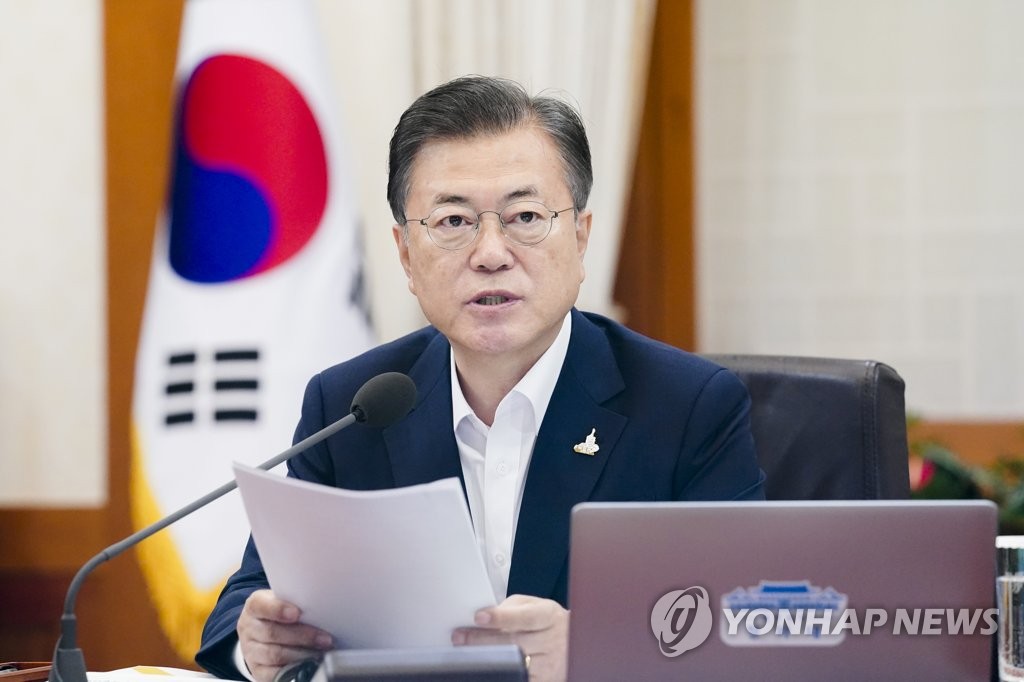 Moon urges every possible measure for recovery of flood damage

Moon urges every possible measure for recovery of flood damage