SEOUL, Aug. 11 (Yonhap) -- A former South Korean solider, who was forcibly discharged after a sex reassignment surgery, on Tuesday filed an administrative suit against the Army's decision, saying it was unconstitutional.

Byun Hee-soo, 22, who had the rank of staff sergeant, underwent the operation in Thailand last year and expressed desire to serve in the female corps.

The Army, however, kicked her out in January, citing the Military Personnel Management Act. It said the case "constitutes a reason for being unable to continue service" due to mental and physical disabilities. It officially dismissed Byun's petition in July.

Byun and a supporting civic group announced the launch of a formal legal battle during a press conference in Seoul.

The group argued that there were "no grounds" for Byun to quit her military service under the current legislation.

South Korea's Constitution does not allow any type of discrimination, such as depriving anybody of public status, due to "personal identity," it added. 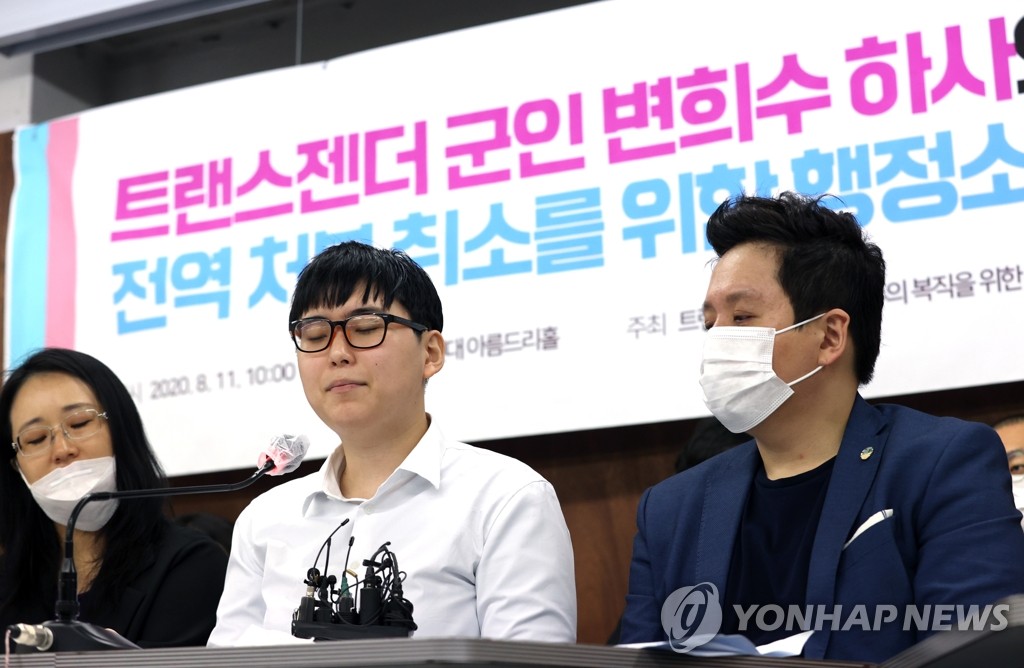 As Byun has lodged the complaint with the Daejeon District Court in the city located 160 kilometers south of Seoul, the group expressed hope that "the injustice of the measure will be corrected by the judiciary."

It said the Open Society Foundations, an international civil support network launched by the well-known investor George Soros, would throw its weight behind Byun's legal fight.

Kim Borami, a lawyer of Byun, said at issue in this case is whether it is right to construe a sex reassignment operation as a "physical disability."