Released in 48 theaters across Canada last Friday, the sequel to the 2016 sensation "Train to Busan" earned US$120,000 in its first week, according to NEW.

Its North American distributing firm, Well Go USA Entertainment, said that it is satisfied with the film's strong debut in Canada amid the COVID-19 pandemic and expects the title to repeat the feat in the United States starting Aug. 21.

Director Yeon Sang-ho's zombie apocalypse blockbuster has hit screens in 15 countries worldwide, including South Korea, since July 15, with a combined revenue of $45 million.

"Peninsula" was officially invited to this year's Cannes Film Festival and pre-sold to over 180 nations and territories, including Taiwan, Thailand, Japan, Britain, and France. 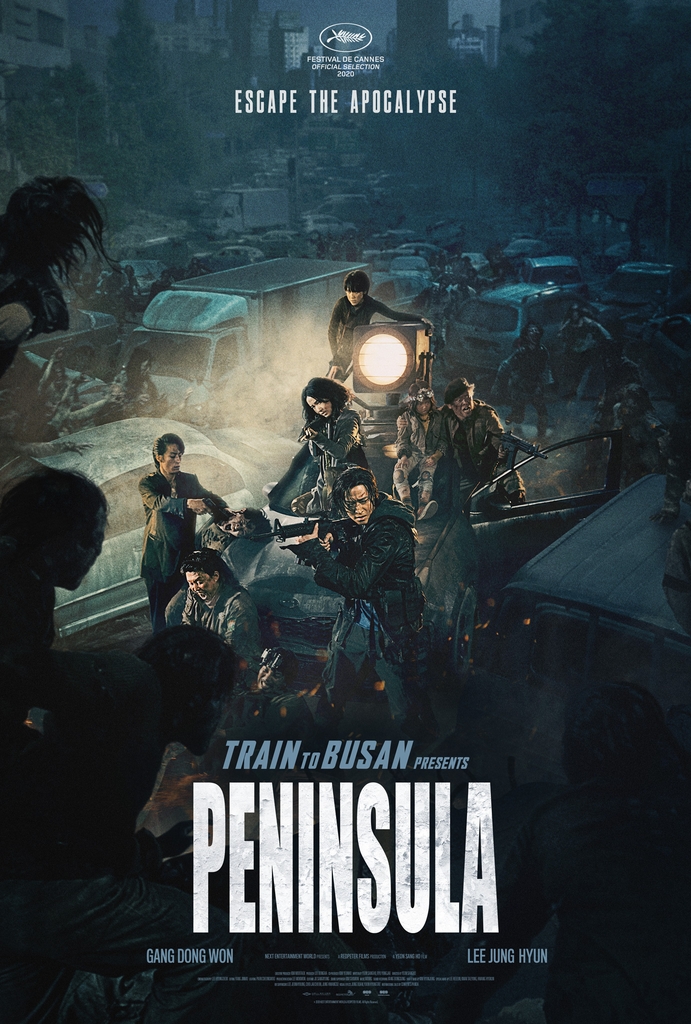