The 9th Seoul Defense Dialogue (SDD) will be held Sept. 1-3 through web seminars that are live-streamed online, according to the ministry. The number of countries that will attend the forum has not been fixed, though last year's conference drew senior defense officials and security experts from about 50 countries.

South Korea had originally planned to invite senior-level defense officials and security experts from some 60 countries for this year's event, but had to modify the program into an online forum due to the COVID-19 pandemic.

Launched in 2012, the SDD is a multilateral security consultative body aimed at promoting peace and stability in Northeast Asia and improving the security environment in the Asia-Pacific region, it said.

This year, the discussions will focus on security issues surrounding the Korean Peninsula and nontraditional security threats, such as the new coronavirus, according to officials.

The defense ministry held a briefing session Tuesday and announced the plan to 62 foreign military attaches and diplomatic officials from 44 countries, it said.

During the session, the ministry also explained the current security situation, the military's measures to counter the spread of the new virus, and Seoul's hosting of the U.N. Peacekeeping Ministerial Conference in 2021.

"As movement across borders is restricted due to the COVID-19 pandemic, military attaches' role has become ever more important," Deputy Defense Minister Chung Suk-hwan said, vowing to beef up communication with the officials stationed in South Korea. 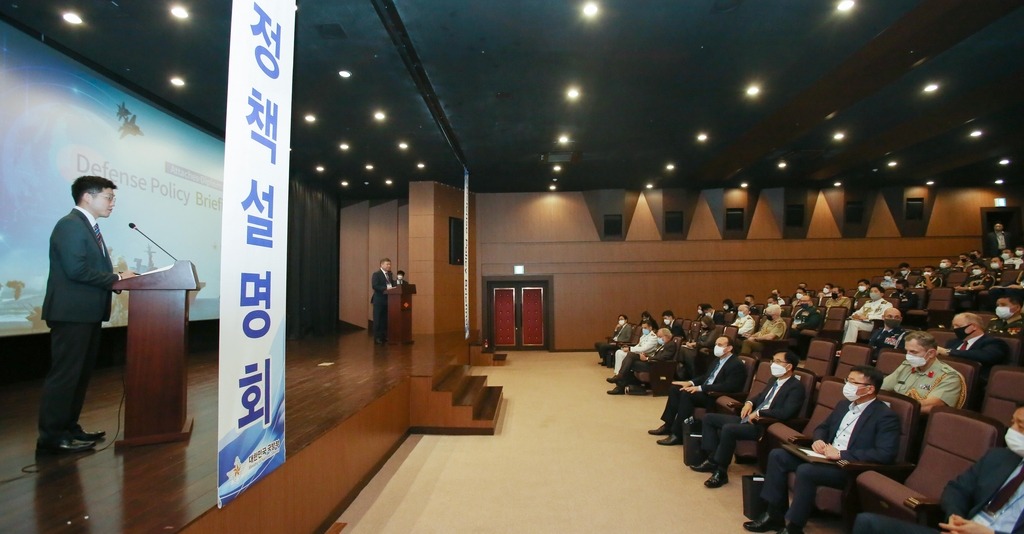