SEOUL, Aug. 11 (Yonhap) -- The injury bug has bitten the Kiwoom Heroes at the worst possible time, with their No. 1 starter Eric Jokisch and top catcher Park Dong-won both hitting the injured list this week.

Manager Son Hyuk said Tuesday Park has been sidelined with a back injury, while Jokisch will miss time with a bone bruise in his left shoulder. 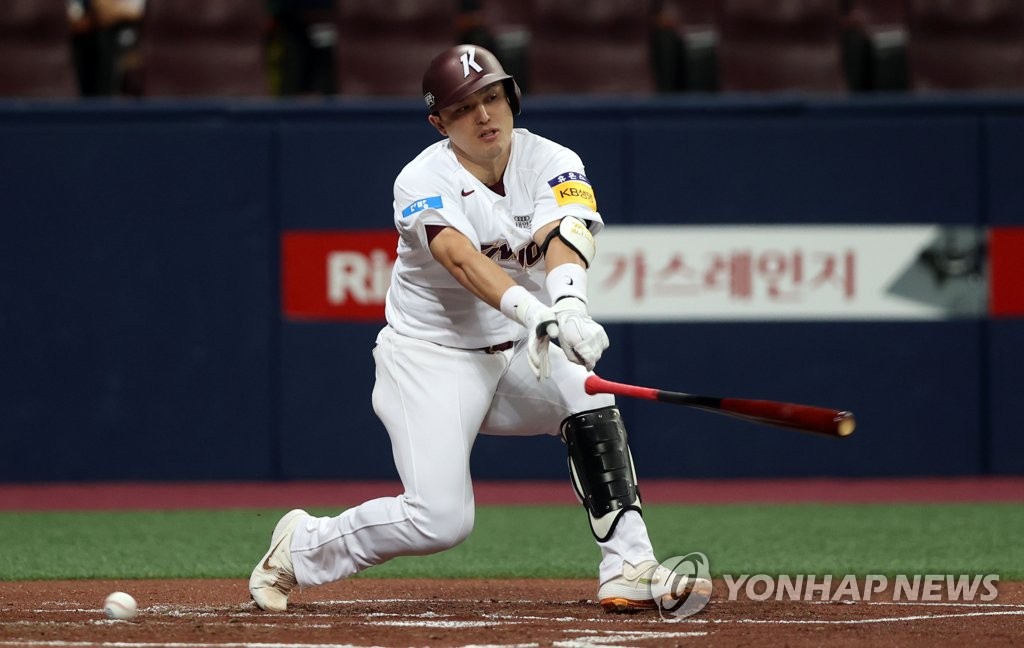 The Heroes, currently in second place in the Korea Baseball Organization (KBO), have gone 8-2 in their last 10 games to put some heat on the league-leading NC Dinos. The Dinos ended July with a six-game lead over the Heroes but that gap has shrunk to three games.

Son said Park is experiencing pains in the same area that had bothered him earlier in the season.

"I know he wants to get back as soon as possible, but I think it'll be a while before he'll play again," Son told reporters at Gocheok Sky Dome in Seoul, before the Heroes hosted the Hanwha Eagles.

Park is in the midst of his best offensive season. He has 12 home runs in 68 games, just two shy of his career high, and knocked in 46 runs. He is slugging at a .507 clip, after never slugging above .500 in any of his eight previous years.

As for Jokisch, Son said the injury isn't considered serious and the left-hander will likely have to miss just one turn in the rotation.

"I don't think he's had any bad start this year," Son said. "He may be a bit fatigued after carrying our team so far this season. Now that he's on the injured list, he may as well take some time off now." 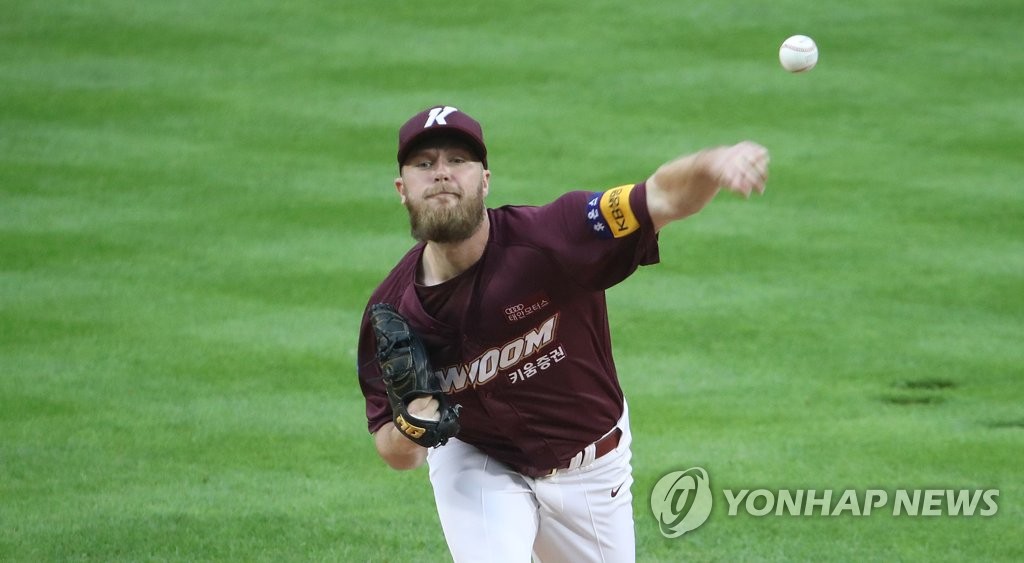 When Jokisch's spot comes up in the rotation this week, the Heroes will have a bullpen day, Son said, with one reliever after another lined up to handle nine innings.

Asked about the timetable for Jokisch's return, Son said the pitcher will "definitely not be available" for the upcoming Friday-Sunday series against the Lotte Giants.