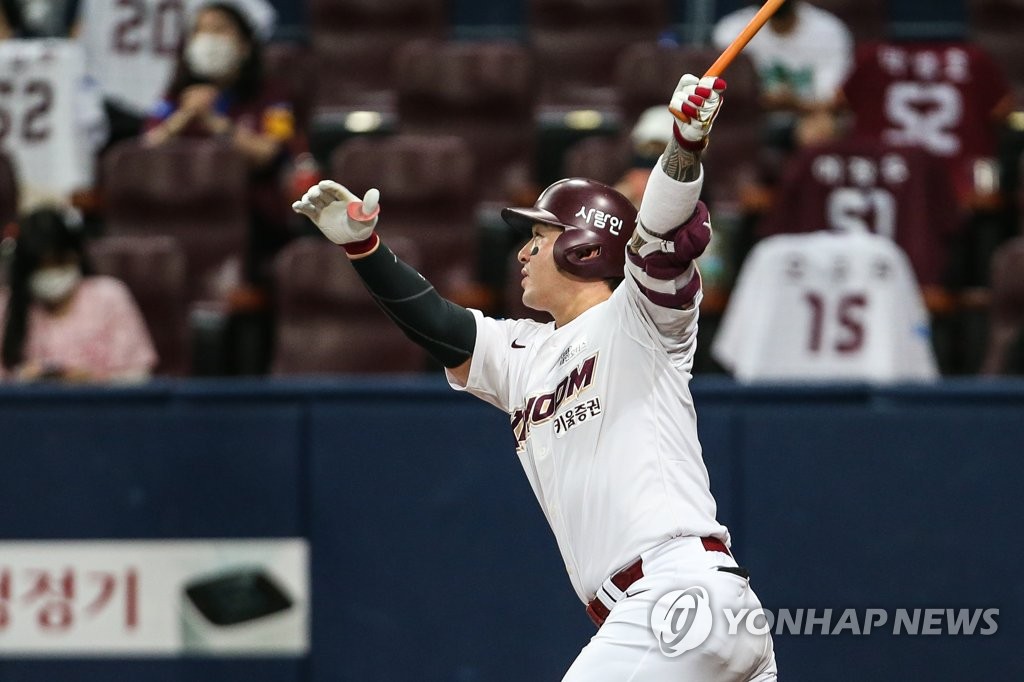 With that, Park joined the retired slugger Lee Seung-yuop as the only players to go deep at least 20 times in seven seasons in a row.

Park began his streak in 2012, when he had 31 home runs. It ran until 2015, after which he signed with the Minnesota Twins. Park rejoined the Heroes before the 2018 season, and went on to hammer out 43 and 33 home runs in each of the next two seasons. 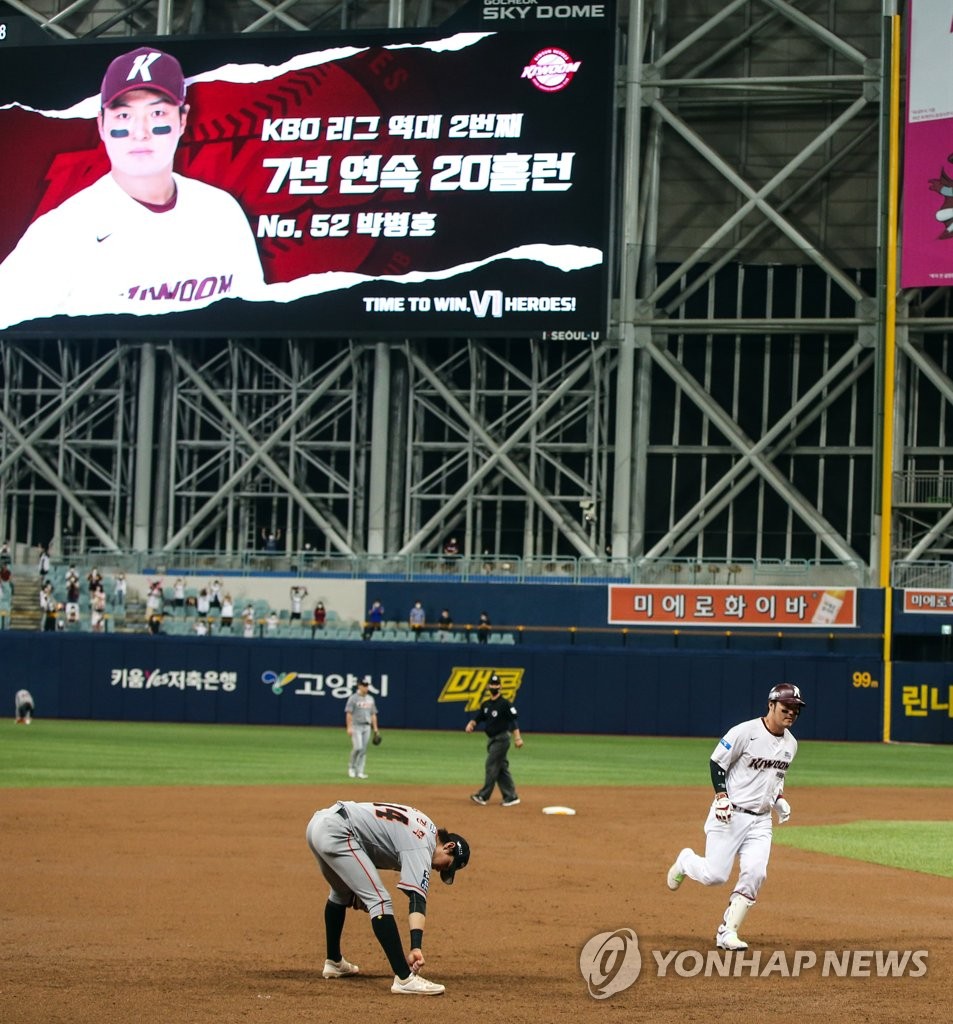 Tuesday was Park's 79th game of the season and the Heroes' 82nd. With 62 games remaining, Park is well on his way to his seventh consecutive 30-homer season, too.

Lee is the only other player with a streak as long.

Aside from home runs and RBIs, Park is in the midst of his least productive season. He entered Tuesday's game batting just .230, the lowest among 57 qualified batters this year. Since joining the Heroes in a trade from the LG Twins in 2011, Park hasn't batted below .290 in a full season. 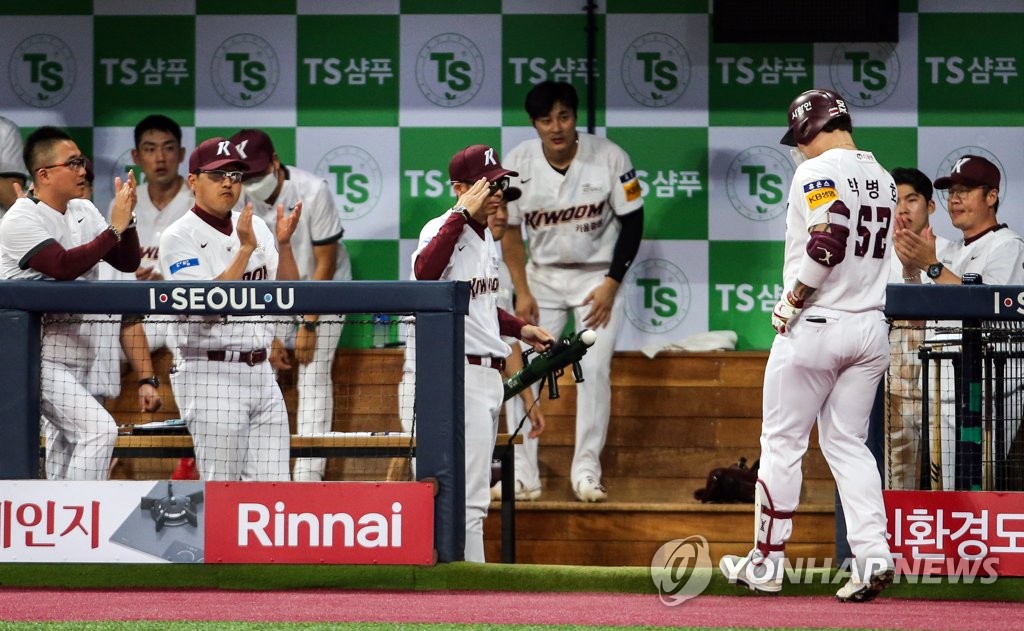