WASHINGTON, Aug. 11 (Yonhap) -- The White House National Security Council instructed its negotiators in November to "hint" to South Korean officials that President Donald Trump could reduce troop levels on the peninsula if the ally did not increase its payments to the United States, according to a book published Tuesday.

The instruction was given during a round of negotiations that took place in Seoul in November with the aim of reaching a new defense cost-sharing agreement for 2020. Trump had demanded a fivefold increase in Seoul's contribution to the cost of keeping 28,500 American troops stationed on the peninsula. 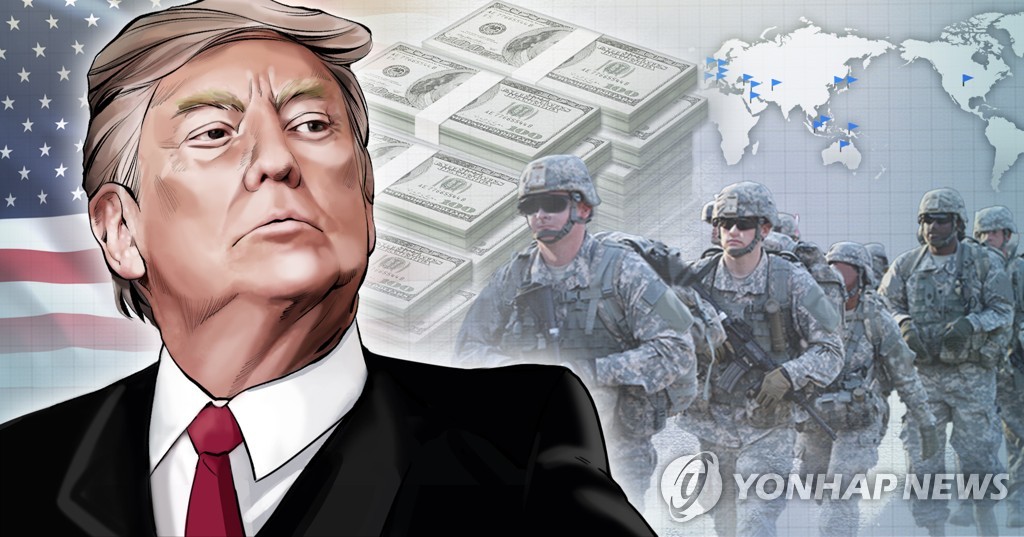 "Behind the scenes, military officials told me, Trump was backing his demand with an alarming threat," Sciutto wrote.

"If Seoul did not pay up, the National Security Council instructed its negotiators to hint to South Korean officials that the president could withdraw some U.S. forces from the peninsula," he said. "Specifically, the threat involved the removal of an entire brigade combat team, comprising some 4,000 U.S. soldiers -- about one in seven of the nearly 28,500 U.S. soldiers, sailors, airmen and marines based there."

That round of negotiations was cut short as U.S. officials walked out, accusing South Korea of failing to meet their request for "fair and equitable burden sharing."

The allies are still without an agreement for this year, with the U.S. now known to be demanding US$1.3 billion, down from $5 billion but still representing a 50 percent increase on the $870 million Seoul agreed to pay under last year's deal. South Korea has stuck to a maximum increase of 13 percent.

Sciutto also described the struggle of U.S. military officials to keep combined military exercises with South Korea after Trump abruptly canceled some of them.

"Military officials, aware of their importance, tried different ways to preserve them," he wrote, quoting a senior military official as saying one exercise was renamed to appear smaller to Trump.

He also said that in the fall of 2019, as Trump again demanded cancellations, Secretary of Defense Mark Esper tried calling Secretary of State Mike Pompeo to seek his support in restoring the exercises.

Pompeo refused to take the call and didn't call back, he wrote, quoting the same official.