SEOUL, Aug. 12 (Yonhap) -- With the score tied at 5-5 against the Kiwoom Heroes in the top of the 12th inning, Hanwha Eagles' teen rookie Lim Jong-chan stepped into the batter's box with a go-ahead run standing at second.

"Even though we were tied up and I was hitting with a man on base, I didn't really feel nervous," the 18-year-old said Tuesday after the game at Gocheok Sky Dome, displaying the same type of calm and poise with which he swung the bat moments earlier for his first career RBI. 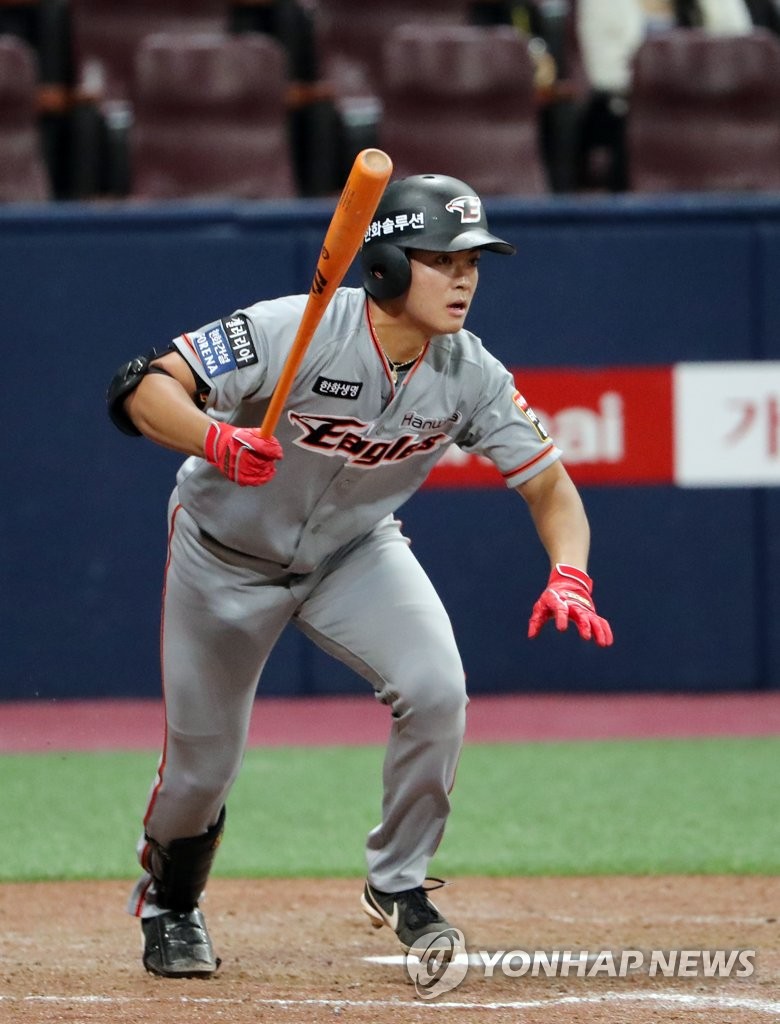 Lim lined a single to right field that put the Eagles up 6-5. As Brandon Barnes scored from second on that hit, Lim alertly moved to second base on a throw home from right fielder Lee Jung-hoo. The heads-up play put Lim into scoring position, and he came home on a follow-up single by Choi Jae-hoon for a 7-5 lead.

The Eagles hung on to win by the same score.

"I figured there would be a throw home if I got a hit," Lim said. "I was prepared to take second base in that case."

The third-round draft pick made his Korea Baseball Organization (KBO) debut on July 13, after getting called up from the minor league. He had a hit in each of his first four games, but then went into a dry spell, with just one more hit over his next seven games, a span of 11 at-bats.

"I wasn't feeling stressed out about the drought, and I wasn't pressing at the plate, either," he said. "I knew I had to keep getting better and better, and I focused on putting in the work."

The Eagles, despite the dramatic win Tuesday, remain firmly entrenched in the league cellar at 21-56-1 (wins-losses-ties). They're 20.5 games out of the final playoff spot, and the rookie class that includes Lim represents the better days ahead for the downtrodden franchise that has just one postseason appearance since 2008.

Lim said he and fellow rookies all get along very well, and they don't get jealous over who gets called up to the KBO ahead of whom. 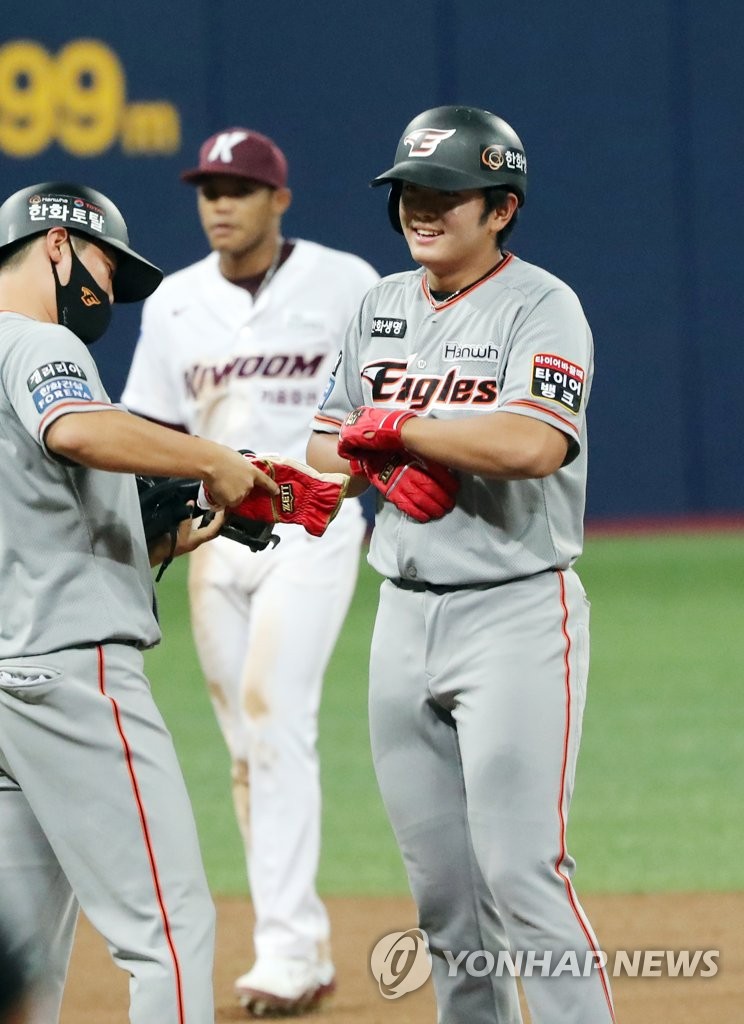 His first KBO hit came a month ago, and now that he got his first RBI out of the way -- though he didn't get to keep the ball as a memento -- Lim said he wants to hit his first career home run next.

Lim said he'd set a couple of goals for himself prior to this season: to get 30 plate appearances in the KBO and to get himself acclimated to pro ball.

He has 25 plate appearances now. And as for the other part, Lim said sheepishly, "I think I still have a long ways to go."