SEOUL, Aug. 12 (Yonhap) -- Kiwoom Heroes' reliever Lee Young-jun likes to think of himself as a team-first player, and he'd like nothing more than to help his Heroes win the Korean Series as the Korea Baseball Organization (KBO) champions.

On the other hand, Lee is also hoping to achieve some personal statistical goal this season.

Lee may not be the only KBO player who knows exactly where he stands on stats leaderboards, but he is certainly one of the few who admits to knowing it. Baseball players can seem allergic to questions about personal goals and often deflect them to instead discuss team goals. Ask them about how many home runs they'd like to hit or how many saves they want to pick up, and you'll get some variation of, "My only goal is to help my team win." 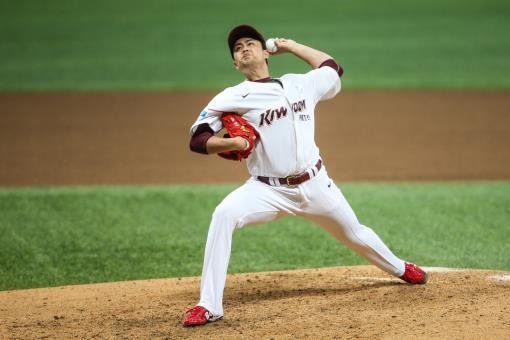 This isn't to say Lee is a selfish player. Accomplishing a personal goal and helping the team to a title don't have to be mutually exclusive. After all, if players each do their job, then their team will be all the better off for it.

And Lee, the left-handed stopper out of the Heroes' bullpen, wants to do both.

Through Tuesday's action, Lee was leading all relievers in holds with 17. It's a stat awarded to relief pitchers who enter the game in a save situation -- either with a lead of three or fewer runs, or with the tying run on deck, at the plate or on the bases -- and protect the lead for the next reliever while recording at least one out.

The hold is an unofficial stat in Major League Baseball, though relievers lean on their holds during salary arbitration hearings. But in the KBO, not only is it an official stat, the leader at the end of each season even receives a trophy and prize money.

For non-closers who don't receive the spotlight that comes with recording the final out of a tight game, the hold is the ultimate.

"It feels absolutely great to be leading that category," Lee said with a smile on Tuesday at Gocheok Sky Dome in Seoul, before the Heroes took on the Hanwha Eagles. "I keep track of stats. I try not to pay too much attention to them, but it's hard sometimes because I am human."

Asked what his biggest goal for this season is, Lee sounded as though he couldn't decide between the team and the personal objectives.

"I obviously want to maintain my lead in holds, but helping the club win the title is the No. 1 priority," Lee said, without sounding entirely convincing. "I'd love to win the holds title, but I don't want to put too much pressure on myself." 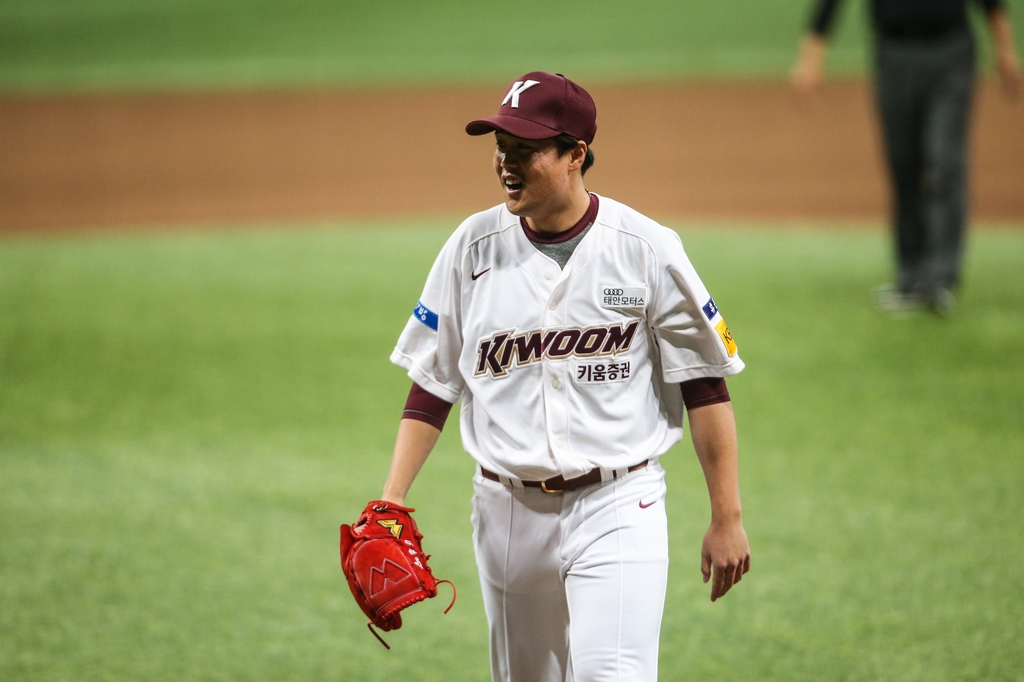 Lee picked up six of his 17 holds in July, a month when the Heroes' bullpen was stretched thin as starters struggled to go deep into games. The Heroes' relievers combined to throw 113 1/3 innings that month, with no other bullpen reaching triple digits. They also overcame some early hiccups and ended up with the third-lowest bullpen ERA for July at 4.53.

The trend hasn't changed so far in August. The Heroes are once again leading the league in bullpen workload with 33 1/3 innings. They have the second-lowest bullpen ERA with 2.16.

Lee made 10 appearances in July and gave up just one earned run over 8 2/3 innings. He opened August by allowing two earned runs in 2/3 of an inning for a loss, but has since strung together three straight scoeless outings.

In another impressive stat, Lee has yet to allow any inherited runners to score. Across his 35 outings, Lee has had 13 men on bases in total, put on by pitchers in front of him, and he stranded all 13.

"I feel more comfortable pitching with runners on base, and I am able to concentrate better in those situations," Lee said. "Without anybody on, I tend to feel too relaxed and fall behind in the count."

Stranding inherited runners has helped the ERA of his teammates who allowed those runners to reach in the first place -- "Those guys have bought me coffee," Lee said with a smile -- but Lee's own ERA is a rather pedestrian 4.18, despite some strong underlying numbers. 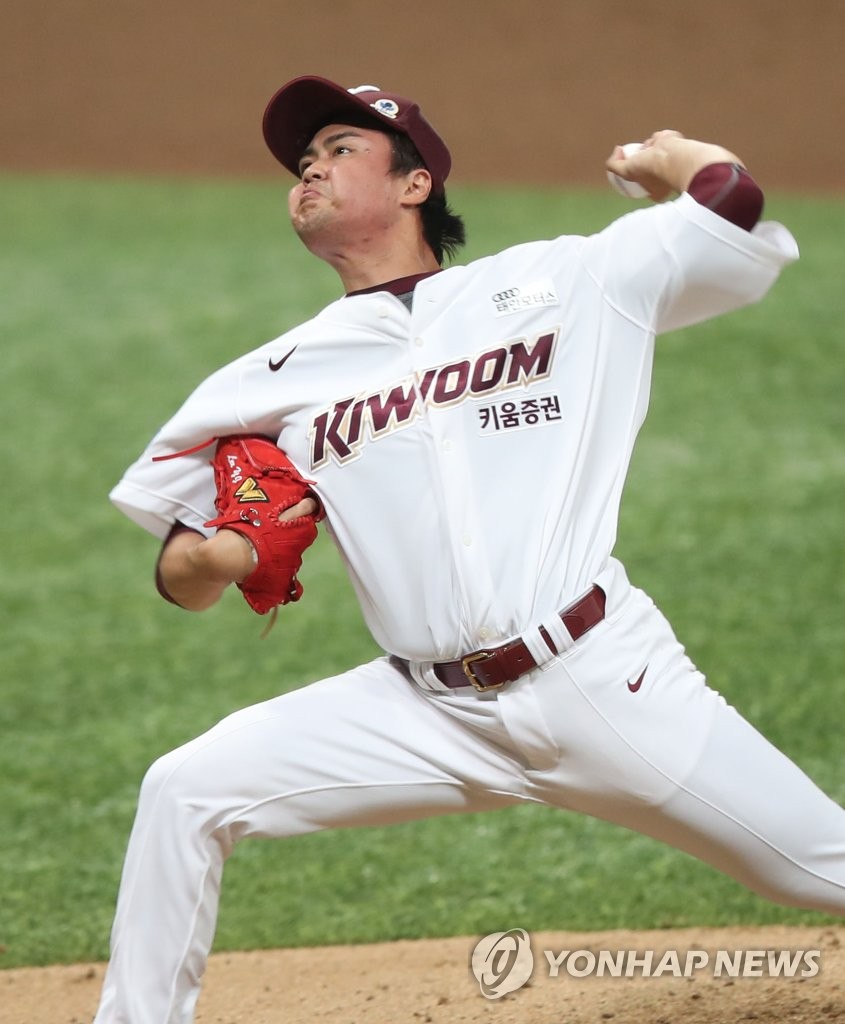 Still, Lee said he is pleased with where his game is at.

"Whenever I am on the mound, I try to attack the strike zone," he said. "That has allowed me to get some quick outs."

He's been doing all of that while undergoing a mechanical change.

Since high school, the left-hander had been lifting his left foot slightly from the set position, before kicking up his right leg to start the delivery.

His manager, former pitcher Son Hyuk, told Lee during spring training this year that he should try to get rid of that move because he could get called for a balk. Lee was reluctant at first, because he'd been pitching that way for many years and he didn't want to change it at the risk of compromising his performance.

But during the season, opposing managers have complained on multiple occasions about Lee's leg lift. Lee got a balk call on May 20. And he has since eliminated that hitch.

"I am comfortable with my new form now, and I've made the full adjustment," he said. "It felt awkward at first because I'd been pitching differently. But now, I have more confidence in my command because of the new form."