SEOUL, Aug. 12 (Yonhap) -- South Korea has identified the remains of two soldiers killed in the 1950-53 Korean War after the remains were either recovered from a former battle site on the inter-Korean border or repatriated from North Korea, the defense ministry said Wednesday.

The late Bae Suk-rae's remains were excavated from Arrowhead Ridge, a former battlefield inside the Demilitarized Zone (DMZ) separating the two Koreas, after he was killed in 1953 about two weeks before a cease-fire treaty was signed.

The excavation project began last year in line with an inter-Korean military accord signed in September 2018, but it proceeded without the North's participation as Pyongyang has remained unresponsive to Seoul's call to jointly carry out the project as agreed.

The other soldier, the late Kim Hak-je, was among the soldiers whose remains were repatriated from North Korea via Hawaii in June.

Kim is presumed to have died in 1950 near Changjin Lake in South Hamgyong Province, one of the major Korean War battle zones in the communist state, the ministry said. 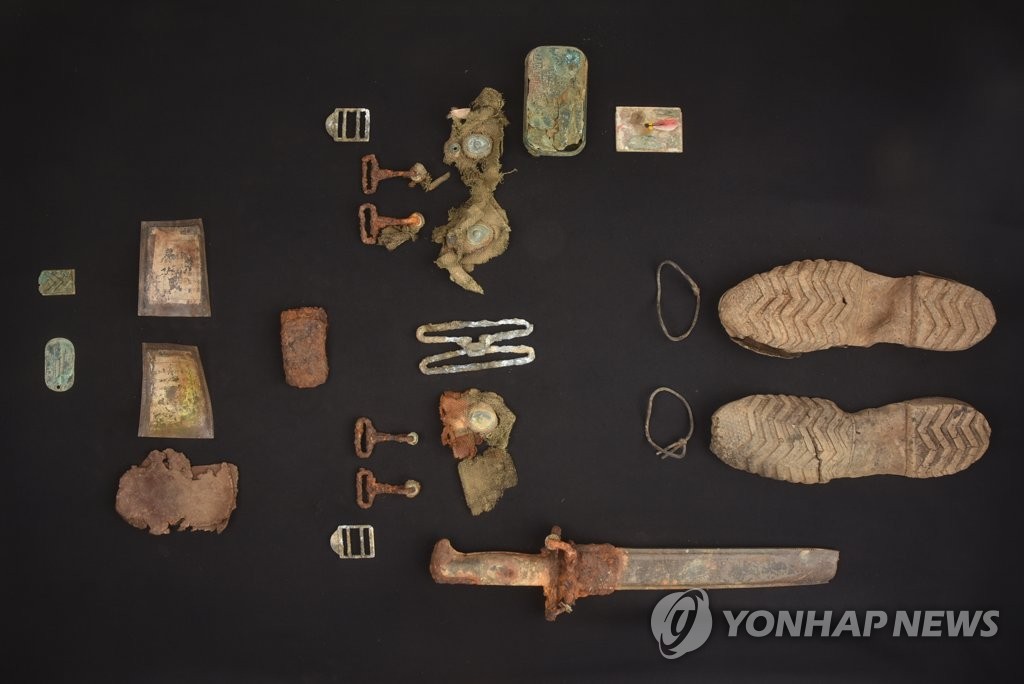