The service, named GameBox, streams PC and console games on smartphones using cloud technology and offers around 100 games at launch, including the popular first-person shooter Borderlands 3, according to the mobile carrier. 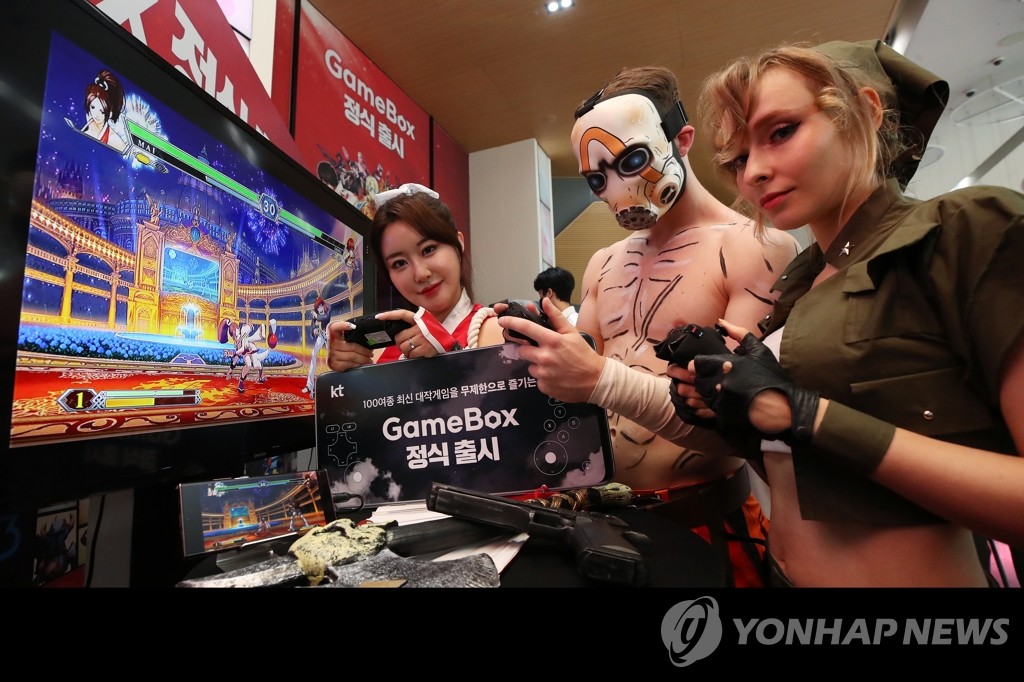 While GameBox is currently available on Android phones, the service will expand to Apple's iOS platform, PCs and KT's IPTVs later this year.

It is offered on 4G LTE and 5G phones, although the company said the service works best on 5G, considering its low latency and the substantial amount of data required for streaming games.

The telecom operator said it targets 1 million GameBox subscribers by 2022 and is considering plans to expand the service abroad based on its progress in the local market.

KT's service is set to heat up competition in the local game streaming market.

South Korea's game market ranked the fourth largest globally in 2018, after the United States, China, and Japan, being worth 14.3 trillion won (US$12 billion), according to the Korea Creative Content Agency.