SEOUL, Aug. 12 (Yonhap) -- South Korea said Wednesday that it will speed up efforts to supply the "heukdon" breed of pigs to local farms to meet rising demand for premium pork products in the country.

"Local consumers' demand for premium pork products has been increasing recently, leading to a hike in imports of black Iberico pork," the Rural Development Administration said in a statement. "We found it necessary to promote our own breed in sync with the changing demand."

Heukdon refers to a type of black-colored pig that was standardized in South Korea in 2015. They are considered to be more fatty and savory compared to other domestic pigs. 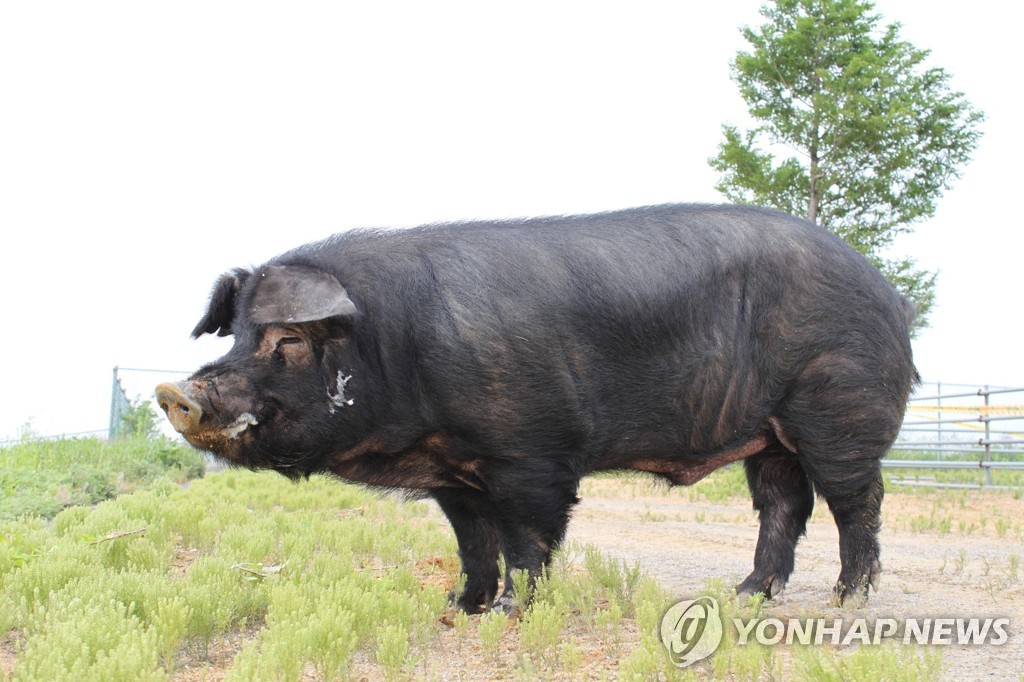 Under the project, the organization plans to supply some 400 heukdon pigs to 20 farms across the nation starting this month.

The organization said the pigs can reproduce to reach 50,000, taking up to a quarter of the total number of black pigs being raised here.

Local farms are currently estimated to be raising around 190,000 black-colored pigs. Of the number, a whopping 87 percent are imported breeds.

The organization said the locally bred heukdon pigs can create wealth of around 17.6 billion won (US$14.8 million) when they replace the local demand for imported Iberico pork.