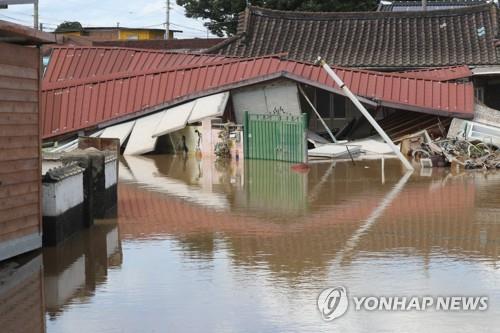 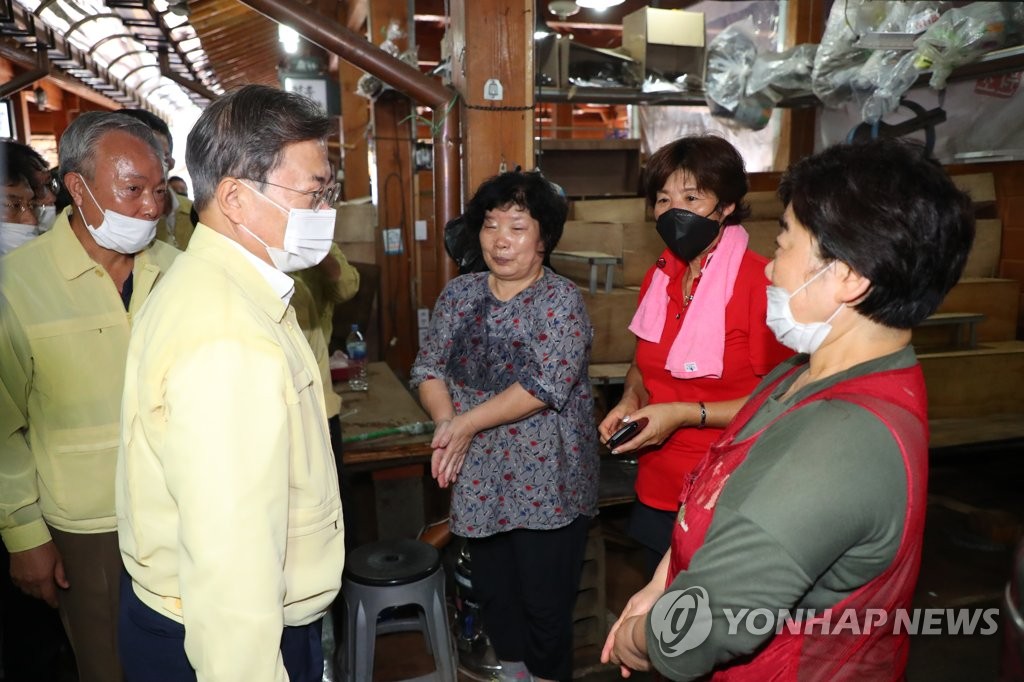 President Moon Jae-in visited Hadong, South Gyeongsang Province, which was battered by torrential rains, by the presidential KTX bullet train. He plans to visit other flood-devastated southern areas before returning to Seoul later in the day.

Aboard Train One, he received a 45-minute briefing on recovery work and efforts to prevent the spread of infectious diseases in areas damaged by floods, according to Cheong Wa Dae spokesman Kang Min-seok. 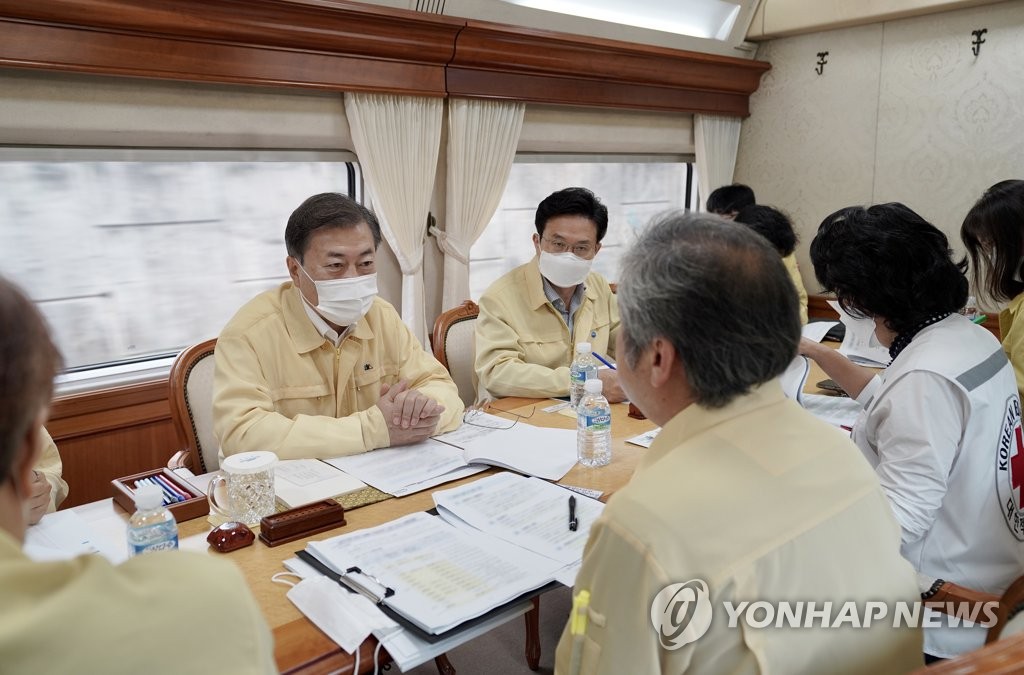 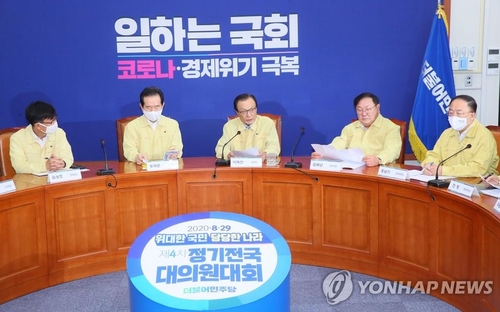