YG Entertainment posted a new teaser poster for the yet-unnamed single on the company's official blog, with the phrase "BLACKPINK & Selena Gomez" and the release date of Aug. 28 written over the image.

The upcoming song marks BLACKPINK's third international collaboration. The K-pop act was featured in Dua Lipa's "Kiss and Make Up" released in 2018 and Lady Gaga's "Sour Candy" put out in May of this year.

The new single is a follow-up to the quartet's hit song "How You Like That," released in late June. BLACKPINK also plans to release its first full-length studio album on Oct. 2.

"How You Like That" garnered an enormous international following upon its release, setting five new Guinness World Record titles for the song's music video on YouTube and landing at No. 33 on the Billboard Hot 100 chart in the United States.

One of the biggest K-pop girl groups today, BLACKPINK landed a successful debut in 2016, storming multiple music charts back to back with its edgy hip-hop tracks, "Whistle" and "Boombayah." Other hits include "Playing With Fire" and "Kill This Love." 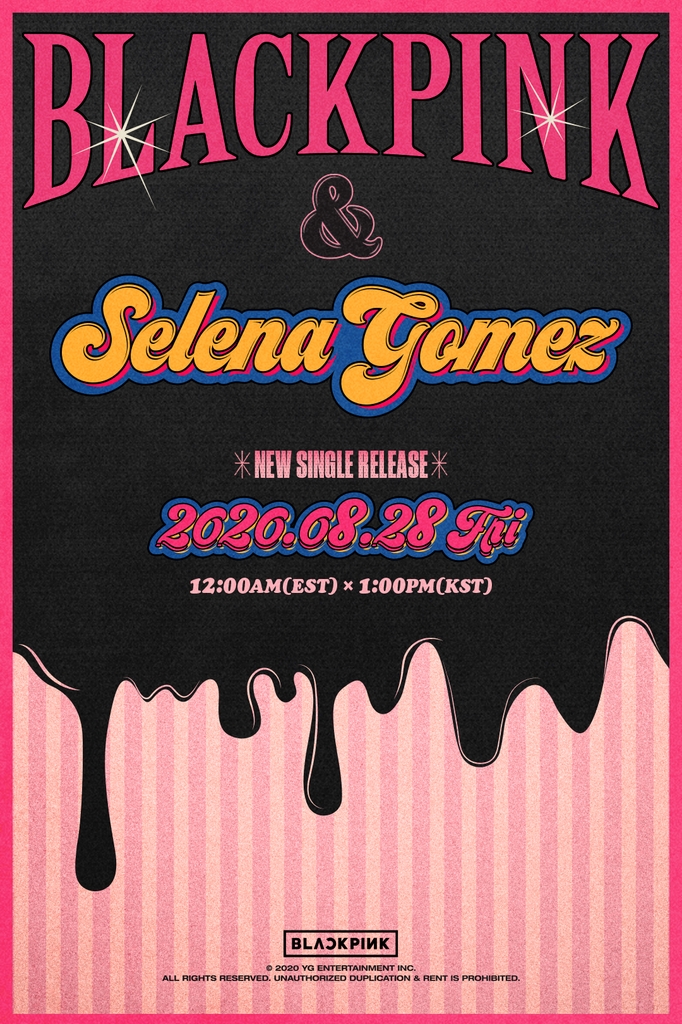