SEOUL, Aug. 12 (Yonhap) -- What's a manager to do when his baseball team is so far out of playoff contention with nearly half of the regular season left?

For Choi Won-ho, interim skipper for the last-place Hanwha Eagles in the Korea Baseball Organization (KBO), the answer is to keep playing on and filling out the lineup with the players that he feels will give his team the best chance to win. 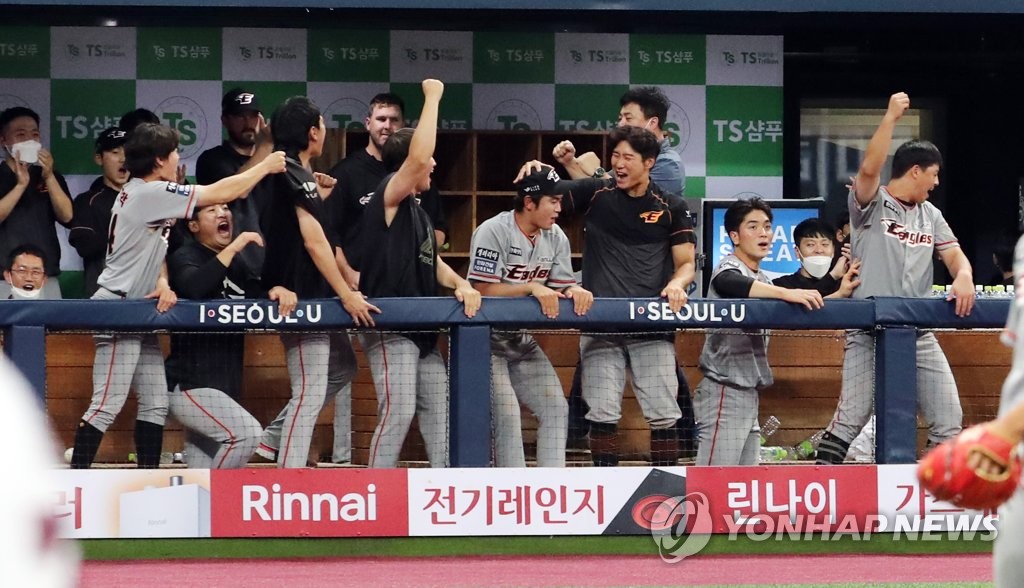 And if that comes at the expense of young players that fans feel should be getting more opportunities, then so be it.

"I don't think I can simply take all 30-something players out of the lineup and replace them with guys in their 20s," Choi said Tuesday at Gocheok Sky Dome in Seoul, before the Eagles faced the Kiwoom Heroes. "It may not look that way from outside, but I am fostering competition within the team."

The Eagles, at 21-56-1 (wins-losses-ties), are stuck in last place in the 10-team league. They're 20.5 games out of the fifth and final playoff spot, with 66 games left to play. They have virtually no hopes of qualifying for the postseason.

This seems to be the ideal time for Choi to start throwing younger players into the fire and giving them valuable experience. Winning a few more games in August and September won't make much of a difference for the Eagles' fortunes. 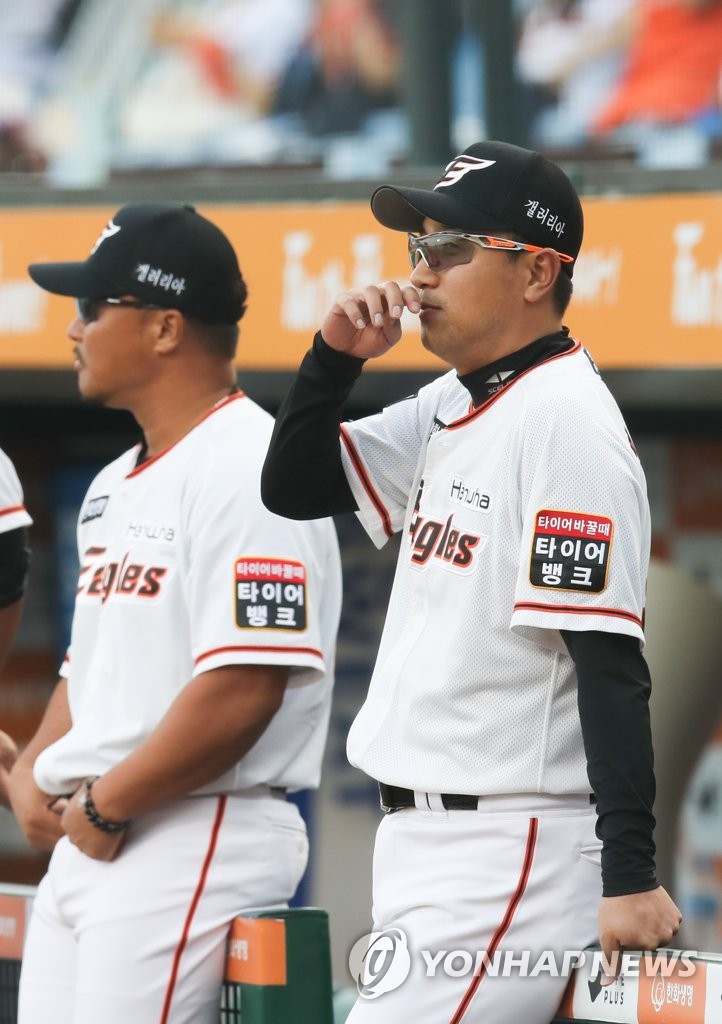 And when he first took over in early June, during what ended up being the Eagles' 18-game losing streak, Choi offered a glimpse into his approach. Within hours of being named, Choi demoted 10 veterans to the minor league and filled his roster with longtime minor leaguers or unproven rookies.

That Choi took such an extreme measure during a long losing skid made the move so compelling. He had rolled the dice with young players, rather than trying to stop the losing streak first with veterans.

Gradually, though, veterans found their ways back into the mix. And in recent weeks, some of the familiar names have occupied lineup spots.

Choi explained that the players who are getting into games these days are the ones that have won internal competitions.

"I may make a few changes depending on the opposing starters," Choi added. "But if I had to replace a veteran player, there would have to be a good reason for that. I won't make lineup changes just for the sake of change."