SEOUL, Aug. 12 (Yonhap) -- HMM Co., South Korea's biggest shipping company by sales, said Wednesday that it shifted to the black in the second quarter of the year from a year earlier due to decreased operating costs and increased shipping charges.

For the three months that ended on June 30, the company posted a net profit of 28.1 billion won (US$23.6 million), swinging from a net loss of 200.7 billion won a year earlier, the company said in a regulatory filing.

HMM attributed the turnaround to its cooperation with THE Alliance, one of the world's top three shipping alliances, and the deployment of vessels with a capacity of 24,000 twenty-foot equivalent units (TEU). 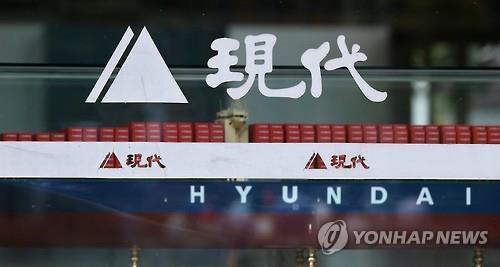 "Operating profit for both container and bulk businesses returned to the black, mainly led by the readjustment of service routes, cost reduction and increased freight rates," HMM said in a statement.

But sales fell 1.6 percent on-year to 1.37 trillion won during the cited period, the company said, noting that total revenue and container handling volumes have been impacted by the COVID-19 pandemic.

HMM said freight rates on the transpacific trade are expected to remain strong over the short term, driven by an increase in freight volumes as the U.S. started to resume economic activities.