Outstanding bank loans to local households came to 936.5 trillion won (US$789 billion) as of end-July, up 7.6 trillion won from the previous month, according to the data from the Bank of Korea (BOK).

The amount marks the highest monthly gain posted in July since the BOK began compiling such data in 2004. It is also the fourth-largest monthly increase this year. 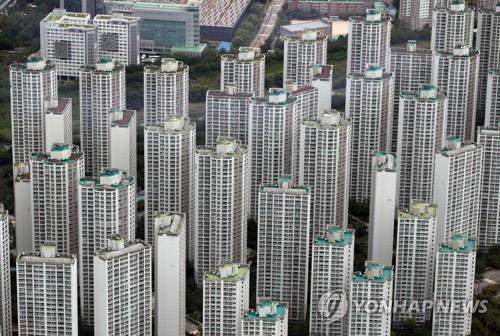 The BOK said unsecured loans accounted for the bulk of bank non-mortgage lending, as households rushed to borrow money to meet demand for property-related funds.

Outstanding corporate loans totaled 955.1 trillion won at the end of July, up 8.4 trillion won, which was the biggest monthly increase recorded in July.

Large businesses raised their outstanding debt by 1.9 trillion won, and smaller firms and self-employed people took out fresh loans of 6.4 trillion won, according to the data.

July's surge in household and corporate debt came as Asia's fourth-largest economy was reeling from the economic fallout of COVID-19, with its first confirmed case reported on Jan. 20.

The novel coronavirus has infected 14,714 South Koreans, with the country's death toll reaching 305.

In a separate tally, the Financial Supervisory Service, the country's financial watchdog, said non-bank institutions' lending to households climbed by 1.4 trillion won in July from the previous month.
(END)