The Lotteria employees were found to have met at the franchise restaurant near the Gunja subway station in the eastern Seoul ward of Gwangjin between 3:18 and 5:25 p.m. on Aug. 6, according to health authorities and the Seoul city government.

The attendees later visited two restaurants in the area, with nine more people joining them.

Additional infections were reported on Wednesday, bringing the number of cases to ten as of 2:30 p.m.

Some of the employees reportedly work at the fast-food brand's restaurants in Jongno ward in central Seoul. The Jongno ward office has disinfected the restaurants. 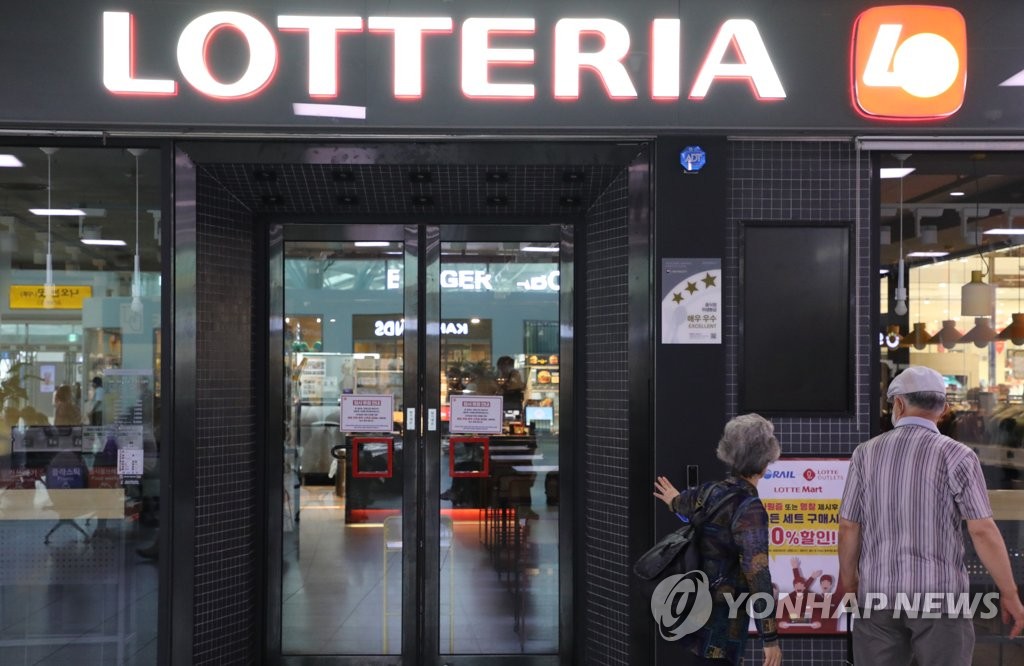