SEOUL, Aug. 12 (Yonhap) -- To address their bullpen woes, the NC Dinos acquired an All-Star closer Moon Kyeong-chan from the Kia Tigers in a four-player deal.

Moon, an All-Star and a member of the South Korean national team last year at the Olympic qualifying tournament, Premier12, is the key piece of the deal. 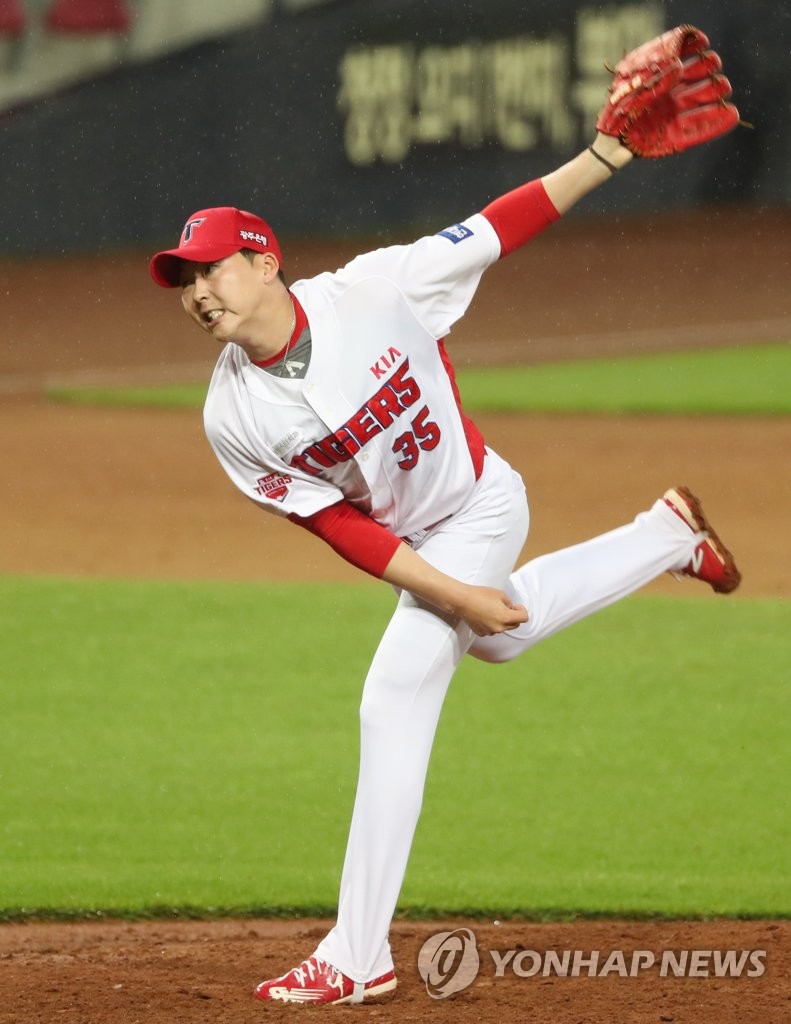 The Dinos are in first place at 47-27-2 (wins-losses-ties) despite carrying the league's worst bullpen. Prior to Wednesday's game, they had the KBO's highest bullpen ERA at 6.13, and were tied for the league lead with 13 blown saves.

Their veteran closer, Won Jong-hyan, does have 17 saves to rank second in the category, but he also posts an ugly 4.86 ERA in 33 games.

Though Moon, 28, has had a rocky stretch after a strong start to this season, the Dinos will look to him as a stabilizing force in the bullpen. 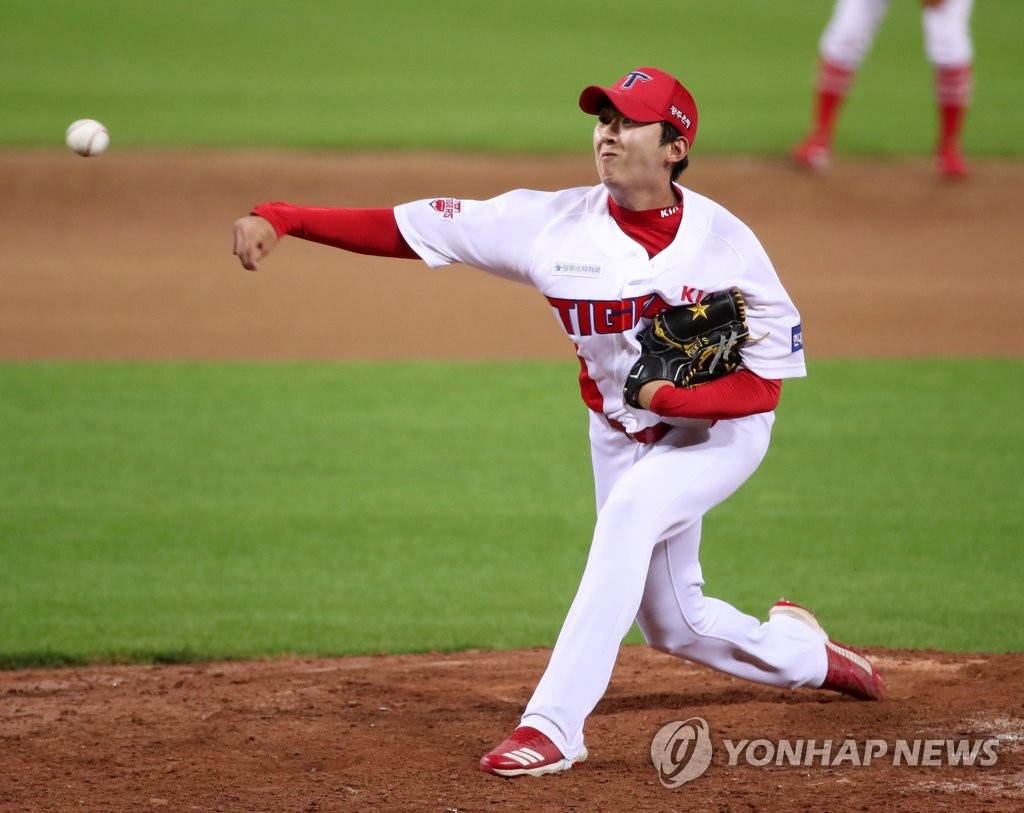 Moon recorded 24 saves with a 1.31 ERA in 54 games last year. He opened this season firmly entrenched as the closer, and carried a 1.06 ERA with 10 saves through his first 17 appearances.

Then things unraveled quickly for the right-hander, who allowed nine earned runs on 10 hits including three home runs, in two innings across three games between June 23 and July 5. He was placed on the injured list with elbow issues two days later, and returned later that month as a setup man.

The Dinos said the two new faces will join the team Thursday in Busan, 450 kilometers southeast of Seoul, before a game against the Lotte Giants. 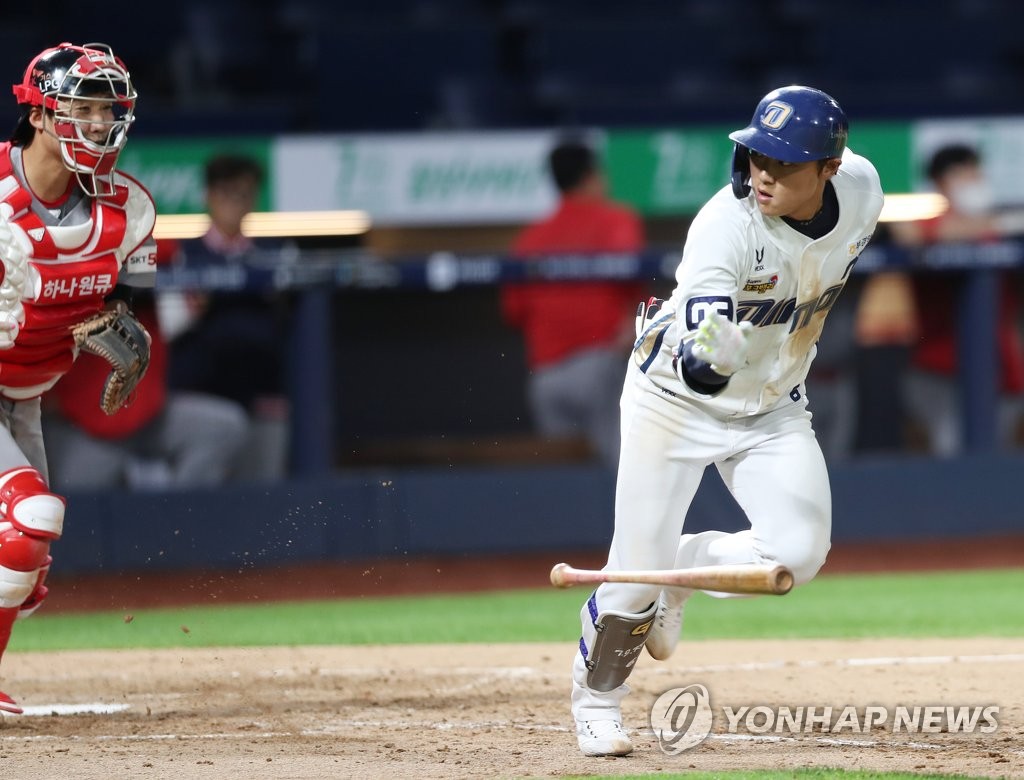 The 25-year-old Jang was a ninth overall selection at the 2013 draft, but the once-promising pitcher hasn't lived up to expectations. He's 1-0 with a 9.31 ERA in nine relief appearances this year. He has been pitching in the minors since mid-June, hoping for a return to the rotation.

Kim, 24, was batting .217 in 37 games this year, his fifth KBO season. He has appeared in four different positions on the field: second base, third base, left field and center field.

The Tigers are also in the thick of playoff race. At 41-36, they're holding down the fifth and final playoff spot. 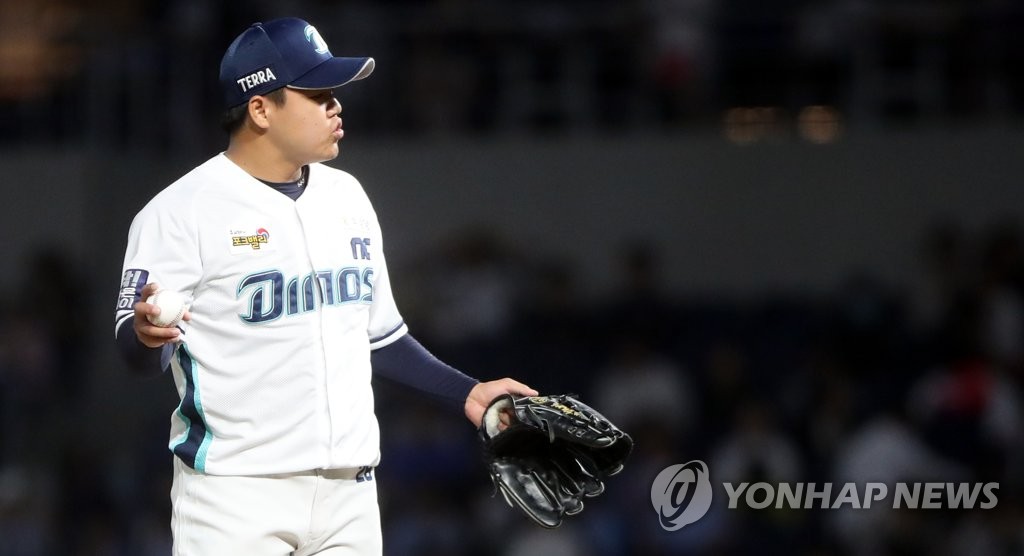