(ATTN: UPDATES with more remarks by Thae in last 5 paras)
By Lee Haye-ah 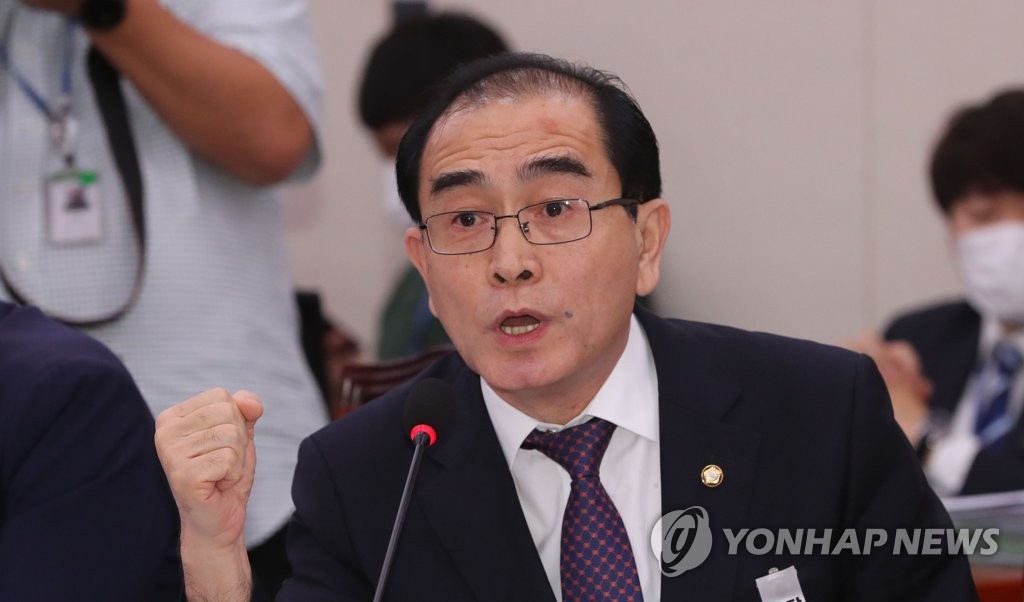 Thae went further to say that a major provocation is unlikely because Kim Yo-jong did not fully rule out the resumption of talks with the U.S. in her statement.

Not only did she request a DVD of July 4 celebrations in the U.S., which Thae said was "really rare," she also said the North doesn't have the slightest intention to pose a threat to the U.S. and that everything will go smoothly as long as the U.S. does not provoke the North.

A provocation would also upset China at a time when Kim may need to request urgent economic and other assistance from Beijing, he said.

At the same time, North Korea appears to be continuing its development of strategic weapons and making progress, Thae added, pointing to the "very quick" promotions of Ri Pyong-chol, vice chairman of the Workers' Party Central Military Commission, and Pak Jong-chon, chief of the General Staff of the Korean People's Army.