It marks the first time that a conservative party's rating has outstripped that of the liberal DP since the start of monthslong massive candlelight vigils in late 2016 against then President Park Geun-hye, which led to her impeachment. 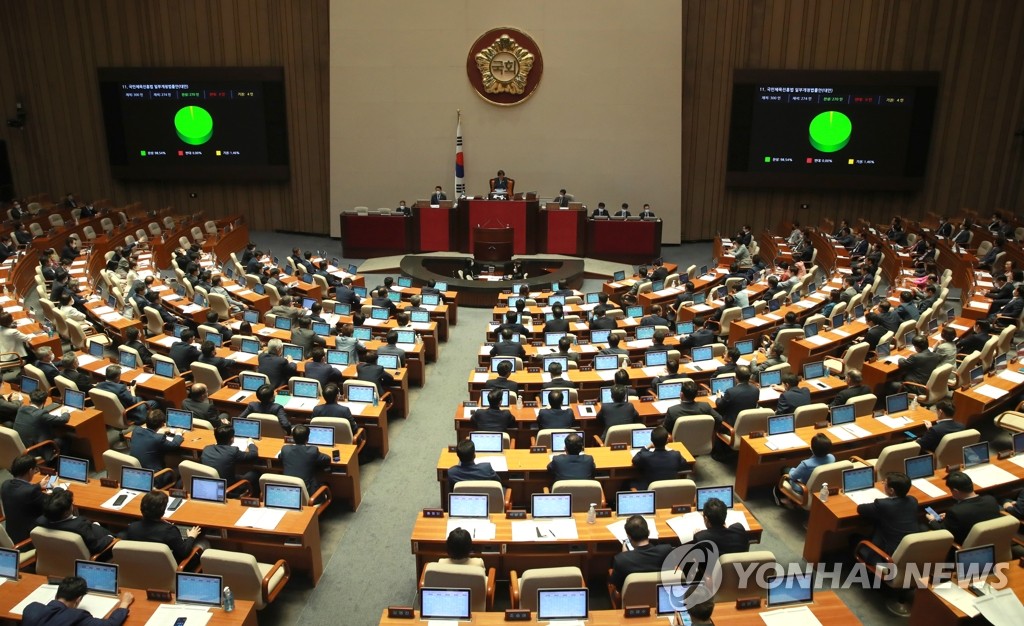 Realmeter's survey in the third week of October 2016 showed the UFP's predecessor Liberty Korea Party (LKP) garnering 29.6 percent in approval and the DP 29.2 percent. The DP's rating rose to 31.2 percent the following week, overtaking the LKP by 6.5 percentage points. The ruling party had since maintained the lead before it was overtaken by the UFP.

Realmeter said the ruling bloc has been losing support from not just swing voters but also from its core base, many in their 30s and 40s.

The DP's approval in Gwangju and the southwestern provincial region of Jeolla, the party's traditional stronghold, plunged 11.5 percentage points to 47.8 percent, it added.

"Public opinion against the real estate policy has worsened," a Realmeter official said, pointing out the UFP's successful efforts to reach out to swing voters.