SEOUL, Aug. 13 (Yonhap) -- The oldest remaining prototype of the Taegeukgi, South Korea's national flag, will be put on exhibition this week in celebration of the country's Liberation Day, organizers said Thursday.

The National Museum of Korea will display the "Denny" version of the Taegeukgi at its Korean Empire Hall from Friday to Aug. 23 to mark the 75th anniversary of Korean independence from the 1910-45 Japanese colonial rule, which falls on Saturday.

The flag was presented by Joseon King Gojong (1863-1907) to Owen Denny, an American consul who served as his diplomatic adviser, upon his return to the United States in 1890.

Following Denny's death in 1900, the flag had been kept by his family before one of his descendants donated it to South Korea in 1981. It was registered as a cultural heritage in 2008.

The hand-sewn cotton flag, measuring 2.6 meters in width and 1.8 m in height, is one of the prototypes of today's Taegeukgi design. It was first conceived by Gojong, who was on the throne until three years before Japan colonized Korea in 1910.

Already on display in the hall is another Taegeukgi flag from the era, which was previously owned by American Christian missionary William Arthur Noble, as well as a copy of the French daily "Le Petit Journal" that covered the booth of the Korean Empire during the 1900 Paris Exposition. 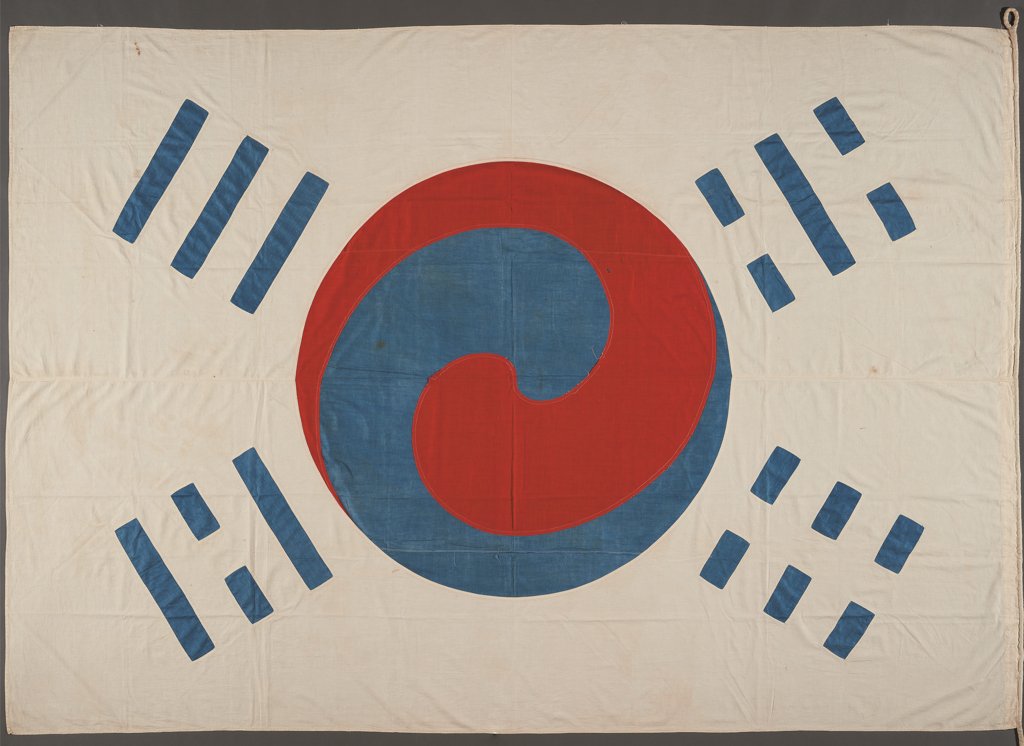