The number of moviegoers who watched South Korean films reached 4.69 million last month, up 68.4 percent from 2.78 million the previous month, according to the monthly data by the Korean Film Council (KOFIC).

From a year earlier, moreover, the total admissions and revenues of Korean flicks jumped 40.5 percent and 57.5 percent on-year, respectively.

The July performance was led by the release of summer tent poles including "Peninsula," which attracted 3.22 million viewers in July alone after it hit screens on July 15.

On the other hand, no new foreign blockbusters were released in July to rival them.

Meanwhile, 5.62 million people went to theaters in July, compared to 21.9 million tallied in the same month in 2019, as the South Korean film industry has been struggling with the fallout of the COVID-19 pandemic.

But the monthly figure has been on a steady rise after hitting rock bottom in April with an all-time low of 970,000. 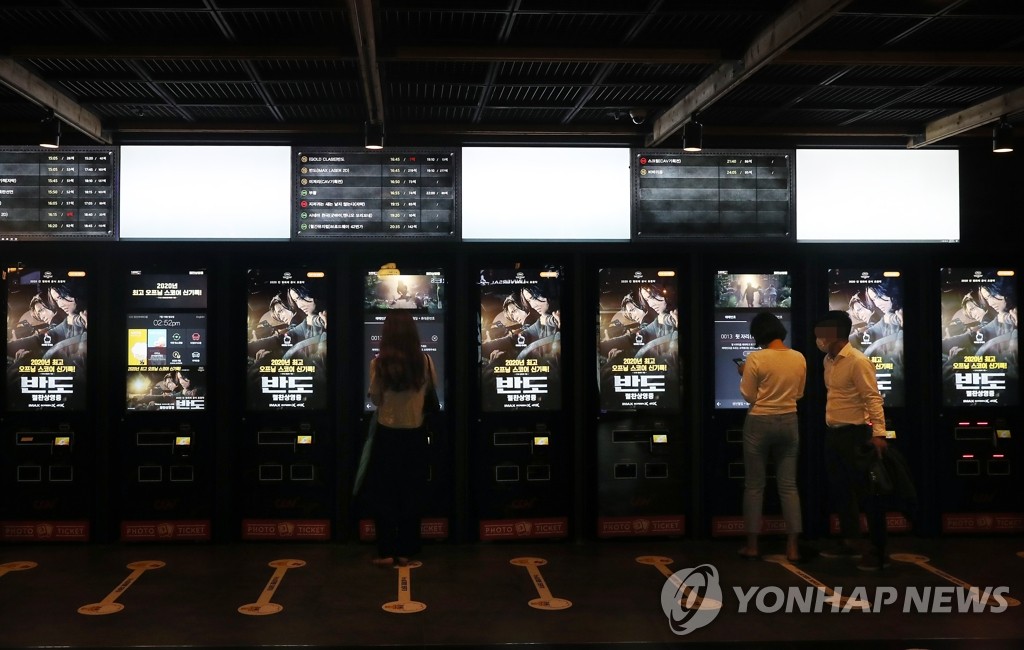