SEOUL, Aug. 13 (Yonhap) -- The foreign ministry neither confirmed nor denied a media report Thursday that a senior Chinese ruling party official plans to visit South Korea next week to cement relations between the two countries amid rising Sino-U.S. geopolitical tensions.

Yang Jiechi, a Politburo member of the Communist Party of China, could travel to Seoul as early as next week, though the date of his visit has yet to be finalized, a local daily, the Hankook Ilbo newspaper, reported, citing a source from South Korea's ruling bloc.

His visit, if realized, is expected to spur the two countries' talks on arranging a visit to Seoul by Chinese President Xi Jinping this year and reinforce bilateral cooperation on bringing North Korea back to dialogue.

"There is nothing to confirm," a foreign ministry official told Yonhap News Agency.

The Chinese Embassy in Seoul also declined to confirm the report.

China has recently been seen as striving to strengthen relations with South Korea, a key ally of the United States, amid increasingly acrimonious competition between Washington and Beijing on multiple fronts, including trade, technology and security.

Last week, China eased coronavirus restrictions on the entry of South Korean students and workers. The move came after China allowed expedited entries for Korean businesspeople under a "fast-track" program in late April.

Observers said that Yang's visit to Seoul, if realized, could be part of China's move to encourage South Korea to tilt closer to its side, as the U.S. is stepping up an offensive against China's policies on Hong Kong, the western province of Xinjiang and the South China Sea.

Yang's trip here could also present an opportunity for Seoul to enlist Beijing's stronger support for its push to improve inter-Korean relations and move forward the stalled negotiations on Pyongyang's denuclearization. 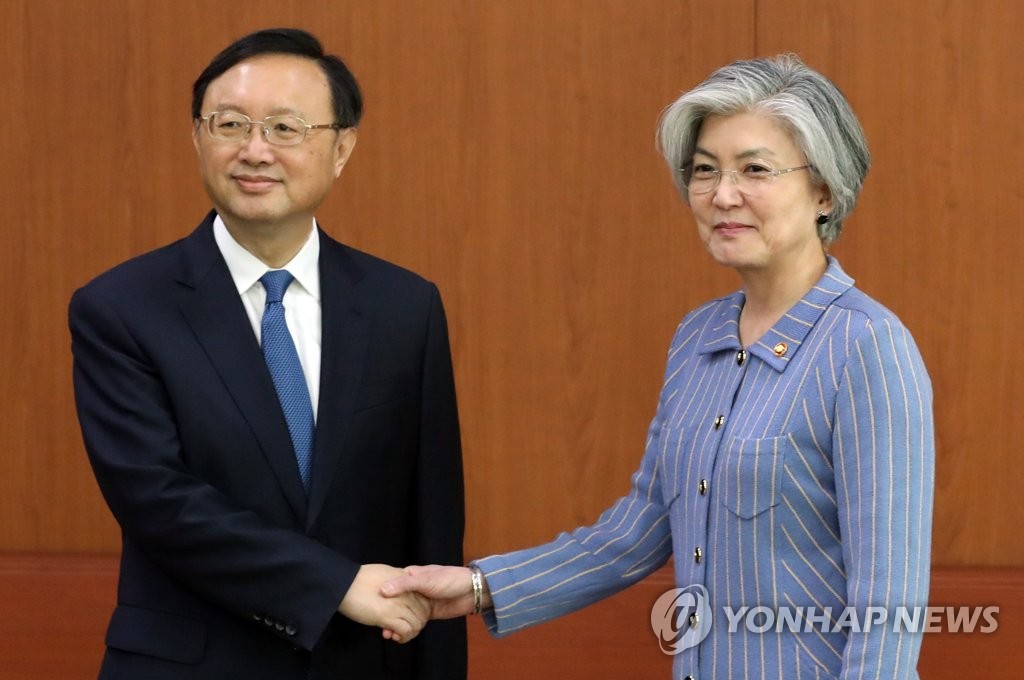