The BOK said M2 kept rising at a fast pace in June as households and companies took out large amounts of bank loans amid the prolonged economic impact from the COVID-19 outbreak and low interest rates.

Funds held by households and nonprofit organizations increased by 16.9 trillion won in June from the previous month, with those held by businesses rising by 9.1 trillion won.

South Korea's corporate earnings and household income have taken a big hit from the coronavirus outbreak that has sent consumer spending and exports, the country's twin growth engines, tumbling.

The BOK conducted two rate cuts in less than three months after the country confirmed its first coronavirus case on Jan. 20, sending the policy rate to a record low of 0.5 percent. 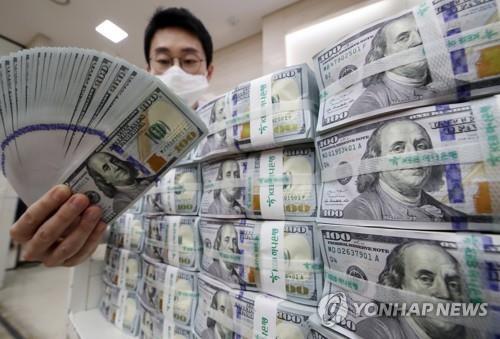