SEOUL, Aug. 13 (Yonhap) -- A new cluster infection traced to a meeting of managers at fast-food franchise Lotteria has sparked fresh concerns over the new coronavirus further spreading in Seoul and surrounding areas.

At least 11 employees who attended a meeting at a Lotteria franchise in the eastern Seoul ward of Gwangjin on Aug. 6 have tested positive for COVID-19 as of Wednesday evening. Eight of them were Seoul residents.

The meeting of 19 employees took place at the fast-food franchise's Gunja Station branch before participants had dinner at two restaurants in the area.

"We have tested 53 people who have so far been identified as having been in contact (with the infected patients), with 22 testing negative and others undergoing screening," Park Yu-mi, who leads the Seoul city government's public health unit, said in a press conference on Thursday morning.

Eight Lotteria branches, including those near Jonggak, Seoul Station and Lotte Department Store in central Seoul, have been affected by the latest infections, according to the city government.

The fact that the infection broke out among employees working at fast-food branches, where customers usually take off their masks and sit close together, has heightened concerns over additional infections among employees and visitors.

Park said health authorities have sent text messages to those who visited the affected venues to be tested when showing symptoms.

On Thursday, South Korea identified 56 new virus cases, including 47 local infections, according to the Korea Centers for Disease Control and Prevention (KCDC).

The figure, which excludes infections that were identified after midnight, marked the second straight day in which daily cases hovered above 50 following 54 cases on Wednesday.

A majority of the new locally transmitted cases was reported in the greater Seoul area, including 25 in Seoul and 16 in Gyeonggi Province, according to the KCDC. 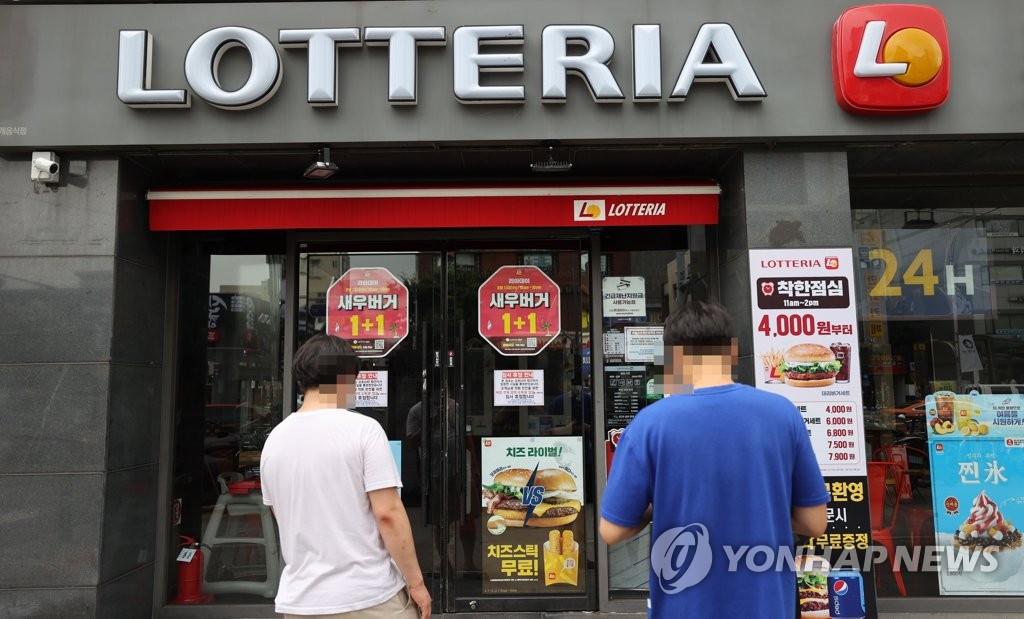