SEOUL, Aug. 13 (Yonhap) -- An Army soldier tested positive for the new coronavirus after working at a train station near Seoul to help with the government's anti-virus efforts, the defense ministry said Thursday.

The private first class was confirmed to be infected with COVID-19 on Wednesday in a test required to exit the two-week isolation following his service at the Gwangmyeong station, south of Seoul, last month, according to officials.

Other service members who worked with the infected soldier have all tested negative so far.

Authorities are working to determine the exact route of his infection.

The case brought the total caseload among the military population to 80.

About 500 service members, including 57 medical personnel, are currently mobilized for anti-virus efforts.

Separately, a draftee was sent to hospital Wednesday after testing positive at an Army training center in Nonsan, 210 kilometers south of the capital. No additional cases were reported at the center.

The total number of service members in isolation stands at 84, and the military authorities have put another 865 in quarantine as a preventive measure. 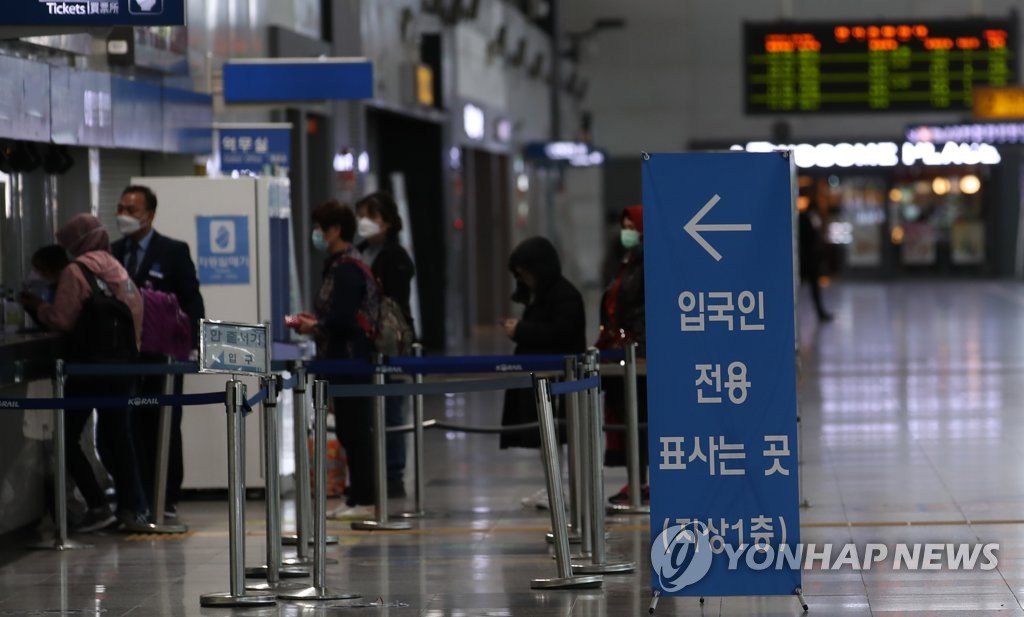 Another soldier tests positive for new coronavirus; total at 80

Another soldier tests positive for new coronavirus; total at 80