SEOUL, Aug. 13 (Yonhap) -- The military has collected eight landmines from border regions after they were swept away in recent heavy rains, the defense ministry said Thursday.

Front-line military units have been working to detect and remove mines that could have made their way south from the Demilitarized Zone (DMZ) and other border regions as heavy downpours have drenched the country for weeks.

During the 1950-53 Korean War, millions of mines were believed to have been laid on the Korean Peninsula and many are still buried in the DMZ, a 4-km wide buffer zone between the two Koreas, nearly 70 years after the war ended.

All eight mines were found at areas in the counties of Hwacheon and Cherwon, where civilian access is controlled, officials said, adding the military plans to mobilize 700 troops and 320 pieces of equipment Thursday to continue the work.

The ministry earlier heightened the level of emergency duty by one notch to the third and highest one to be fully prepared for the heavy rains.

The recent downpours that pounded the central region caused serious damage across the country, killing 33 and leaving nine others missing as of Tuesday. Some 7,800 have been displaced from their homes, with more than 3,000 still unable to return. 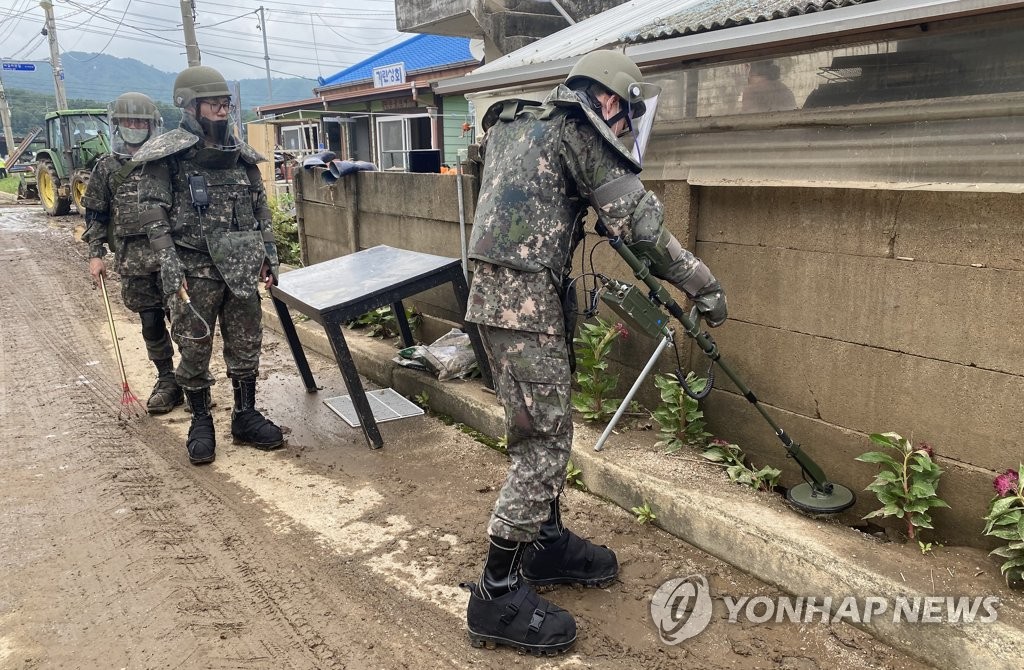