Big Hit explained that the results appeared to be roughly on a similar level as the figures from last year, when the company reported record sales of 200.1 billion and an operating profit of 39.1 billion for the first six months of 2019.

A company representative, however, said that whether the latest numbers represented an overall improvement from a year ago was difficult to say, as this year's estimates were produced using the K-IFRS accounting standard. Last year's numbers were produced based on the older K-GAAP standard. 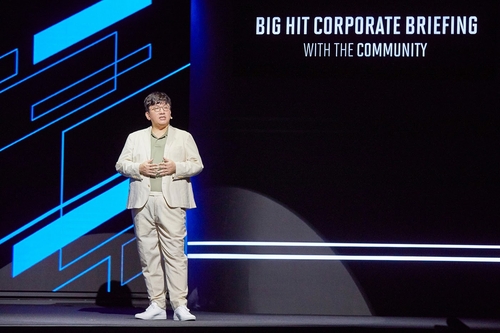 The corporate briefing came about a week after Big Hit was approved by the Korea Exchange, South Korea's bourse operator, in a preliminary review to be listed on the country's benchmark KOSPI stock index.

Thanks to Big Hit's past acquisitions of K-pop agencies Pledis Entertainment and Source Music, of the top 100 albums on the Korea Music Content Association-operated Gaon chart, about 40 percent of all albums sold during the period in terms of volume were part of "Big Hit Labels." These acts include idol groups BTS, Seventeen, NU'EST, GFriend and TXT. Big Hit also announced that BTS will hold a concert titled "BTS Map Of The Soul ON:E" on Oct. 10-11 at Jamsil Olympic Stadium in Seoul that will also be virtually streamed live.

"Only part of the seats will be open in accordance with government-mandated concert seat distancing measures for COVID-19 prevention," the company said in a statement. BTS also plans to release a new album in the fourth quarter, the company added. 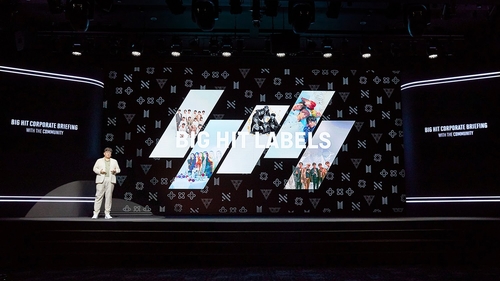