SEOUL, Aug. 13 (Yonhap) -- South Korea's handling of the coronavirus pandemic has provided a "good example" of a free country demonstrating soft power, at a time when the world is increasingly faced with fresh challenges like the novel virus, a U.S. expert said Thursday.

"Korea has provided a very good example of the way it has responded to the COVID crisis. Even though Korea won't be as big as its neighboring countries, it has set a very good example of the democracy which has handled the pandemic very well," Joseph Nye, professor emeritus at Harvard University, said in a virtual seminar hosted by the Seoul-based think tank Yeosijae.

Nye is well known for the term "soft power" he coined in the early 1990s, which refers to the ability to appeal to others using non-coercive tools, such as culture, foreign policies and political values, as opposed to using hard power like military force.

In Thursday's session, he emphasized the need for a departure from the world view only focused on the U.S. and China, or the Group of Two, and their intensifying rivalry, because there are so many issues now that cannot be solved without cooperating with one another.

"I don't like this G2 argument much because there is a role for others as well, for example, on issues of climate change or pandemic or financial system. Europe, when it acts as one entity, it's an economy the same size as the U.S. and bigger than China. Japan is still the third-largest economy in the world," he said.

"So I think it's a mistake for us to just talk about G2, that the U.S. and China are trying to run things when everybody's sitting by the side. "I think in fact, Europe, Korea and others take the lead in providing a good example and they are going to demonstrate the soft power."

Nye also argued that the United States and China failed to show the leadership that was expected of them by the international community in combating the COVID-19 crisis.

"When they responded to COVID, they didn't want to admit to the nature of the problem and tried to cover things up. When it was getting out of control, they tried to shift the blame onto others. So I think it was a failure of leadership and neither of them took the lead that was needed," he said.

The professor said the two countries would have served their national interest more effectively if they had taken on the role of fighting COVID-19 through cooperation and by helping other countries.

He cited the Marshall Plan, a U.S. initiative in the post-World War II era designed to help war-torn European countries to recover, as an example of what he defines as "moral leadership." 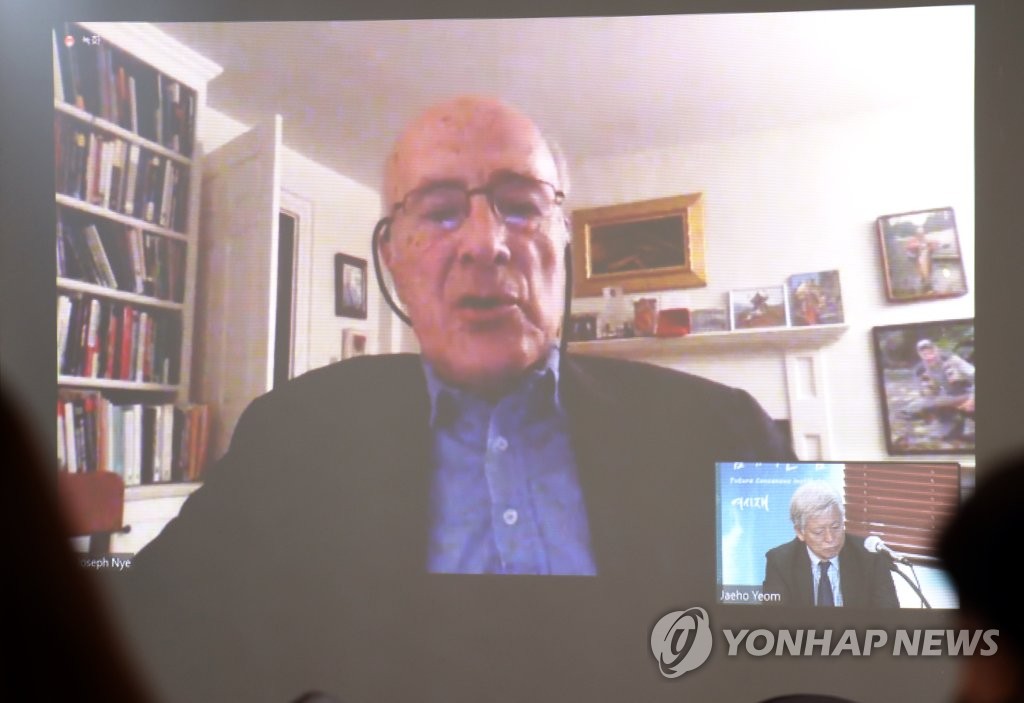