SEOUL, Aug. 13 (Yonhap) -- Faced with a scheduling crunch brought on by a prolonged monsoon season, South Korean baseball clubs have been searching for different ways to ensure they'll get all 144 games into a compressed schedule during the pandemic. 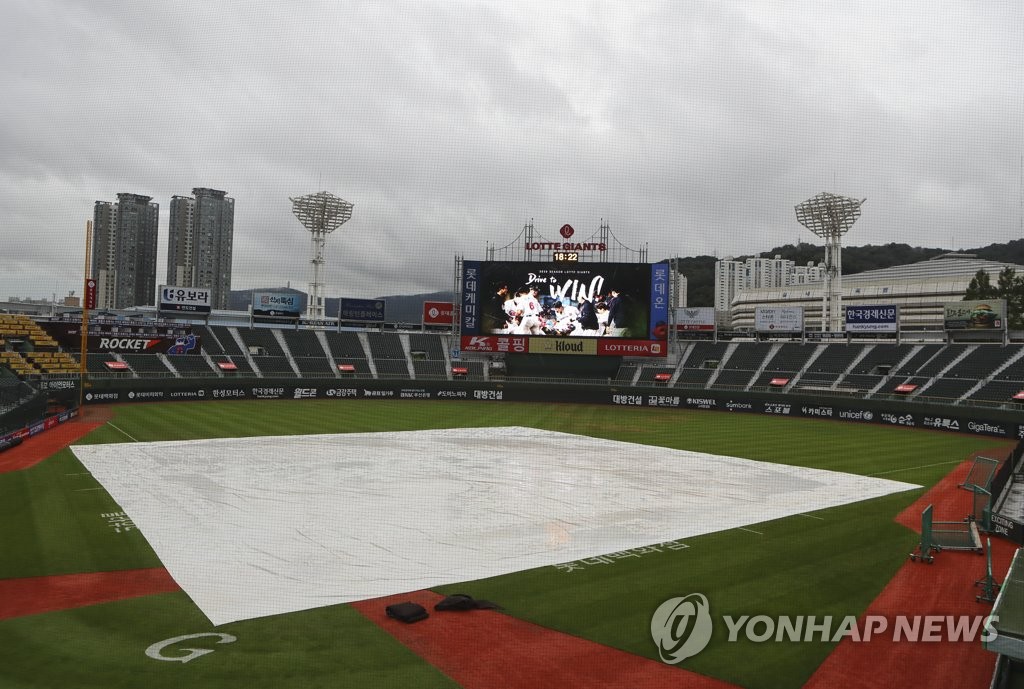 On Tuesday, the executive committee of the Korea Baseball Organization (KBO), made up of general managers (GMs) of 10 clubs, amended the rule governing doubleheaders. Starting the week of Aug. 24, games washed out by rain will be immediately rescheduled as doubleheaders this month.

Previously, the KBO wasn't scheduling doubleheaders in the summer months of July and August in order to protect players from competing in summer heat and reduce risk of injury.

But rain, not high temperatures, has wreaked havoc on the KBO this summer. Through Wednesday, 45 games, about 11 percent of the schedule, have been canceled due to inclement weather. Most of them have come since July.

And teams are playing in a much tighter calendar than usual, because the start of the season was pushed back by more than a month due to the coronavirus outbreak. The KBO is sticking to the usual, 144-game schedule, with the goal of crowning the Korean Series champion before December.

MLB is in an even direr situation, as the pandemic and protracted negotiations between owners and players' union over terms of a return to play resulted in a 60-game sprint that began on July 23. A week into the abbreviated season, MLB and the union announced they'd agreed to play seven-inning doubleheaders designed to give players more rest and lessen injury risk while squeezing in as many games as possible. 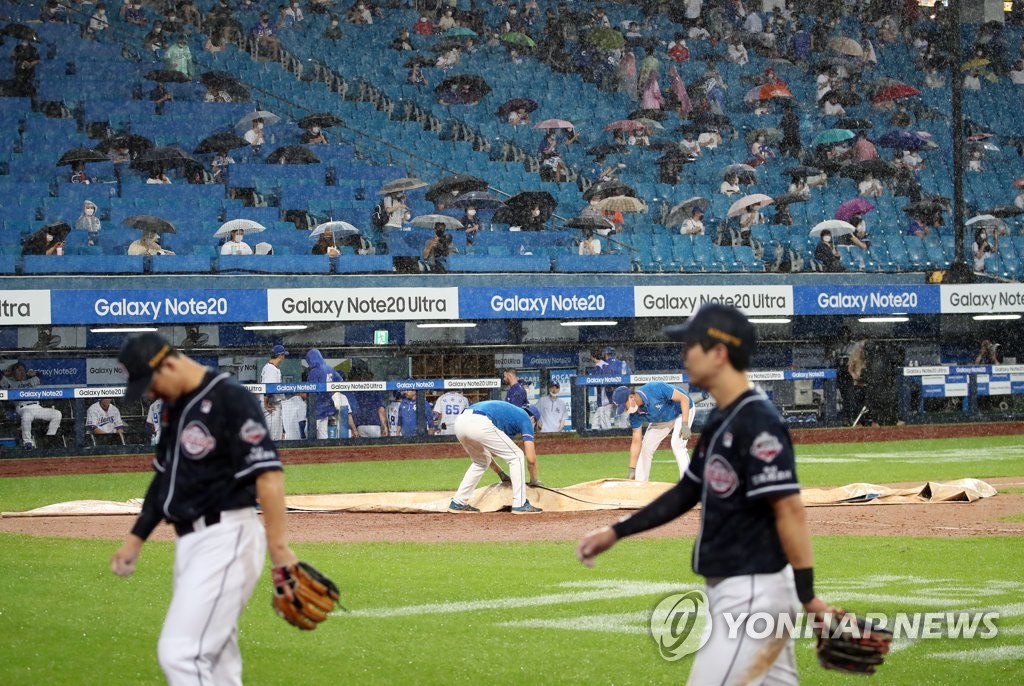 But the KBO will not go down that road. Ryu Dae-hwan, secretary general of the KBO, said the GMs concluded that it would be "inappropriate" to make such a change in the middle of the season because it would affect the integrity of the competition. There have been four sets of doubleheaders this season -- one in May and three in June.

"Before the start of the season, we put several different ideas on the table, but obviously, we couldn't predict the monsoon season would last this long," Ryu said. "It's going to be difficult for players down the stretch. But teams have already played nine-inning doubleheaders this season, and it wouldn't be right to change that format at this point."

As a way of possibly shortening regular games, one GM who attended Tuesday's meeting said he and his counterparts discussed the runner-on-second rule for extra innings.

MLB adopted it for this season to help quicken the pace, as extra innings now begin with a runner on second base. But as with the seven-inning doubleheader, talks on this extra-inning tweak went nowhere.

"As much as we'd like to help the players, we decided making changes midseason wasn't the way to go," the GM said, requesting anonymity. "We all put our heads together to go over different things, but we all agreed we can't shake the foundations of the league." 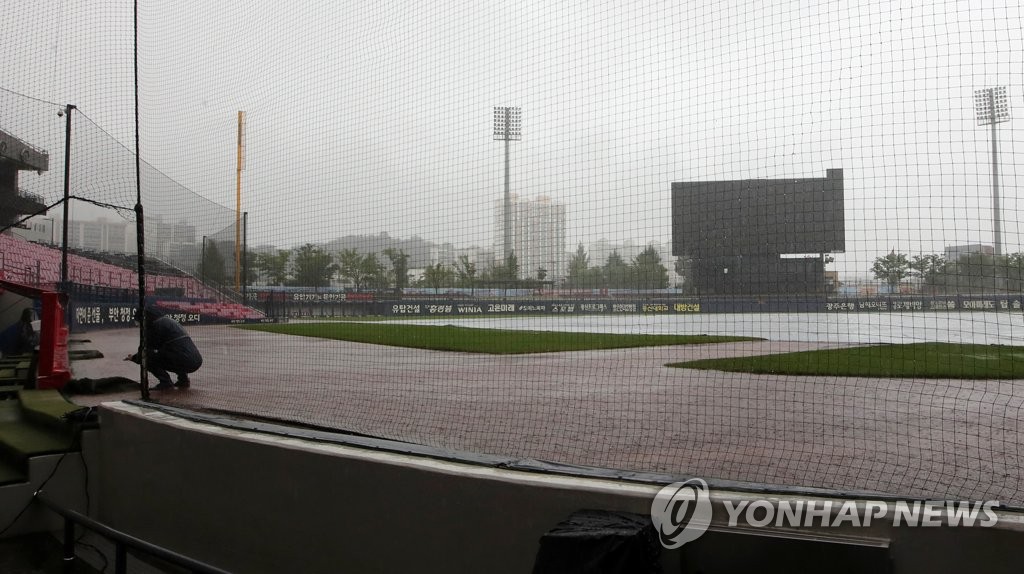 Players and managers have long balked at even playing doubleheaders, seven innings or nine innings, in normal seasons, citing fatigue and injury risk. Complaints have mostly quieted down this season, with clubs realizing that the optics wouldn't be great for them to whine about playing two baseball games a day during a major public health crisis that has affected the livelihoods of many others.

But with the resumption of the doubleheaders moved up from September to late August, a few managers have voiced their displeasure this week.

Kiwoom Heroes' manager Son Hyuk even opined on Tuesday that teams may end up in situations where they may have to punt a game in a doubleheader to save players' energy.

"I am concerned that fans may start seeing some lopsided games," said Son, whose team plays in the country's only domed stadium and has had the fewest rainouts so far. No team has played more games than the Heroes' 83.

"If I am being selfish about our club, playing doubleheaders in August won't really affect us much," Son added. "But leaguewide, I think it will increase the risk of injury among players."

One senior KBO official, who declined to be named, noted that the league, teams and players are all faced with challenging circumstances this year, and he was "disappointed" with some of the complaints from teams.

"We're all in the same boat, and I don't want to hear people saying they have it the worst," the official said. "I wish they would just keep quiet and stick to it." 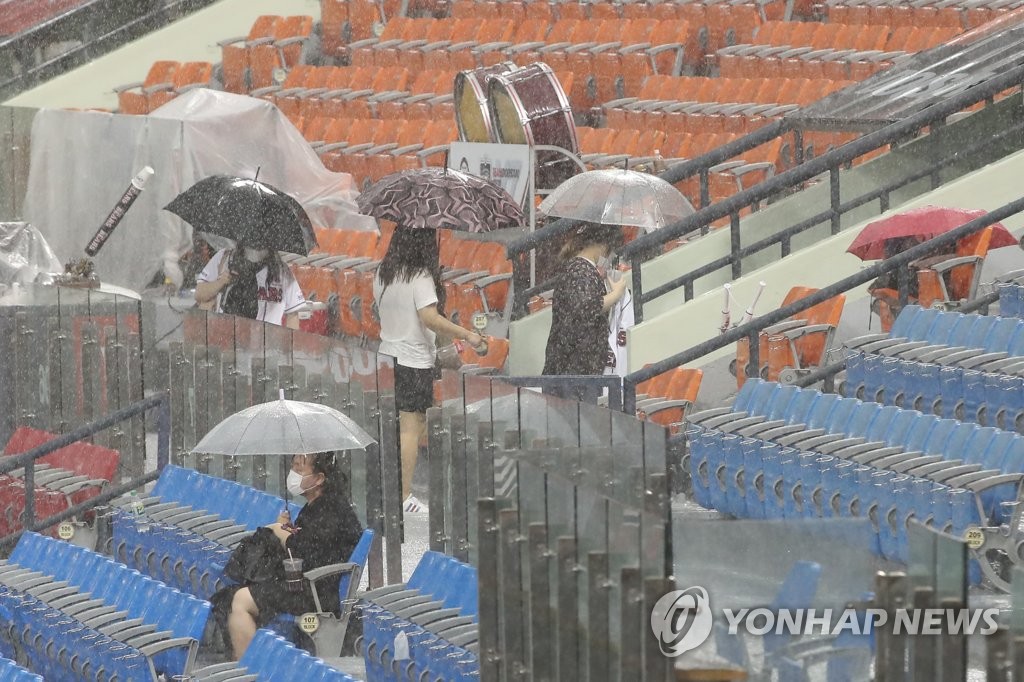