Special disaster areas get state support that can cover up to 80 percent of the expenditures needed for damage recovery. Flood victims in the areas receive state aid for living costs and reductions in utility bills, health insurance premiums and other public charges, as well as exemptions from reserve forces training and other military duties.

Shortly after local government authorities' request for the administrative measure, the Ministry of the Interior and Safety carried out an "emergency assessment" of damages in those areas to confirm whether they meet relevant criteria, according to deputy presidential spokesman Yoon Jae-kwan.

He said the government will continue to respond swiftly to such a demand involving people in urgent need. 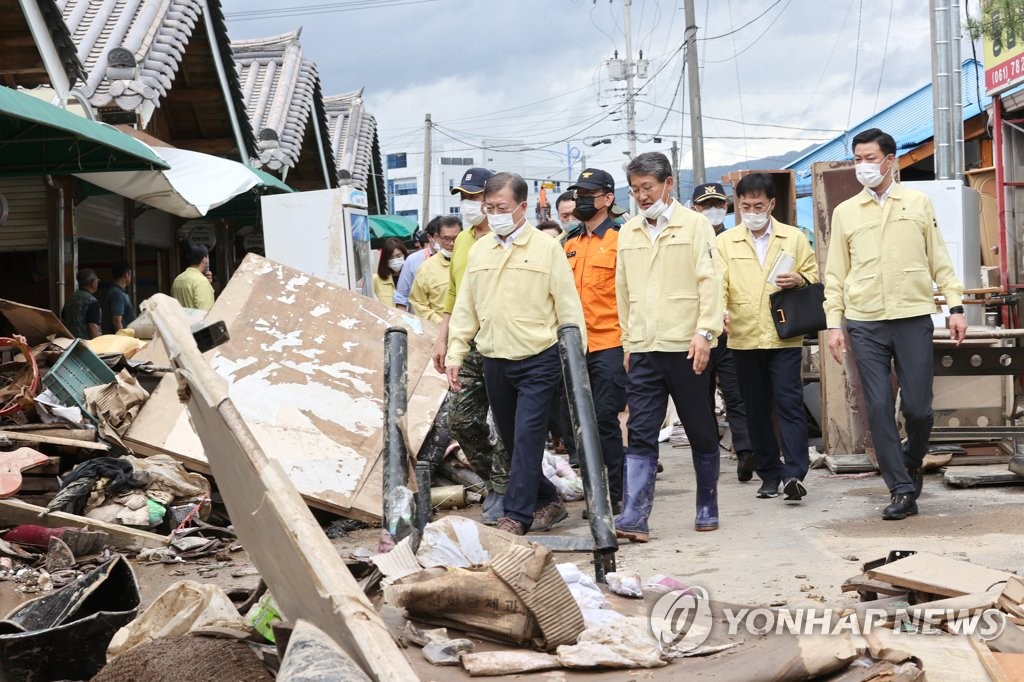