Trading volume was high at about 892 million shares worth some 18 trillion won (US$15.2 billion), with gainers outnumbering losers 481 to 359.

The index came to a strong start but erased most of the gains on strong foreign sell-off. Foreigners dumped a net 352 billion won on profit-taking, the largest amount since July 7. 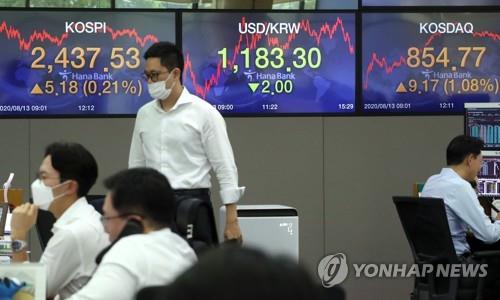