The country's export price index, in terms of the local currency, dropped 0.4 percent in July from the previous month, according to the preliminary data from the Bank of Korea (BOK).

The reading represents the first drop after gains of 0.6 percent in June and 0.5 percent in May. 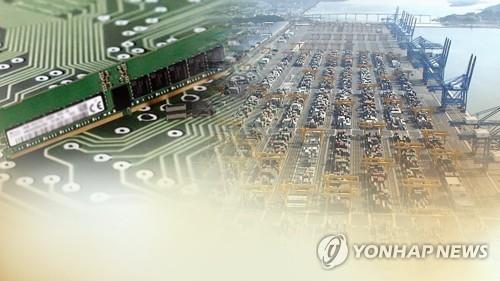 From a year earlier, however, the index sank 5.8 percent, marking the 14th consecutive month of an on-year drop.

In terms of contract currencies, export prices edged up 0.3 percent in July from a month earlier, but they were 7.7 percent lower than a year ago.

South Korea's won-based import prices index also decreased 0.9 percent in July from a month earlier due to rising chemical prices, a turnaround from a 2.5 percent gain in June.

Yet the index slumped 9 percent from a year earlier, the sixth consecutive month of an on-year drop.
(END)