Kim made the remark while presiding over a politburo meeting of the ruling Workers' Party on Thursday to discuss measures to recover from the flood, stressing the importance of concentrating on COVID-19 prevention efforts and maintaining the "state emergency anti-epidemic system," according to the official Korean Central News Agency.

"Our state faces two challenges: anti-epidemic work to thoroughly cope with the world public health crisis and unexpected sudden natural disaster," Kim said in the meeting, calling on officials to "overcome these two crises at the same time."

Kim, however, said the North will not accept any outside assistance regarding flood damage.

"The situation, in which the spread of the worldwide malignant virus has become worse, requires us not to allow any outside aid for the flood damage but shut the border tighter and carry out strict anti-epidemic work," he said.

In Seoul, the unification ministry said it will still try to provide humanitarian aid to the North.

"As we said earlier, the government maintains the stance that it will continue to push ahead with humanitarian assistance in nonpolitical areas and aid related to natural disasters. We will continue to monitor North Korea's flood damage," Cho Hey-sil, the ministry's deputy spokesperson, told a regular press briefing.

A total of 39,296 hectares of crops were damaged by the flood, while at least 16,680 homes and some 630 public buildings were flooded or destroyed across the country, the KCNA said. Many roads, bridges and railways were also damaged, it said.

The KCNA pointed out that the areas most heavily hit by the flood were Unpha and Janphung counties in North Hwanghae Province and other regions in Kangwon Province.

Kim stressed the need to restore the flood-hit areas to ensure that damage from flood or natural disaster is avoided in the future, saying he "cannot make the flood-affected people celebrate the 75th anniversary of the Party homeless."

Kim added that flood damage rehabilitation should also "be carried out as an important political work for celebrating the 75th birth anniversary of the Party" to strengthen internal unity. The North is set to commemorate the 75th anniversary of the Worker's Party in October amid a double whammy of coronavirus concerns and deepening economic woes, and fresh concerns over the recent flood damage.

The North also decided to introduce "new machinery" to set up a nationwide regular anti-epidemic work system against the coronavirus as efforts to prevent an outbreak of the coronavirus have lasted over six months.

During the meeting, the North decided to lift the lockdown on Kaesong imposed for three weeks from July 24 after a North Korean defector allegedly returned home to the border city from the South with coronavirus symptoms.

Kim said the decision to lift the lockdown "proved the situation of anti-epidemic work has been kept and controlled stably."

Also dealt with during the meeting were personnel affairs, including the appointment of Workers' Party Vice Chairman Kim Tok-hun as the country's new premier to replace Kim Jae-ryong and the election of Ri Pyong-chol, who has overseen the North's nuclear and missile development, as a new politburo member, according to the KCNA.

North Korea is known to be vulnerable to flooding due to poor irrigation and deforestation. Last summer, a strong typhoon pummeled the North, wreaking havoc on its farming areas. The recent heavy downpours came as the North has been striving to prevent the outbreak of the new coronavirus on its soil. 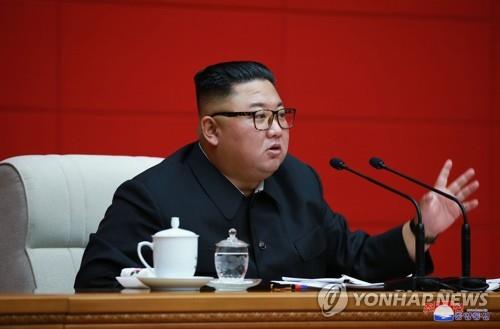 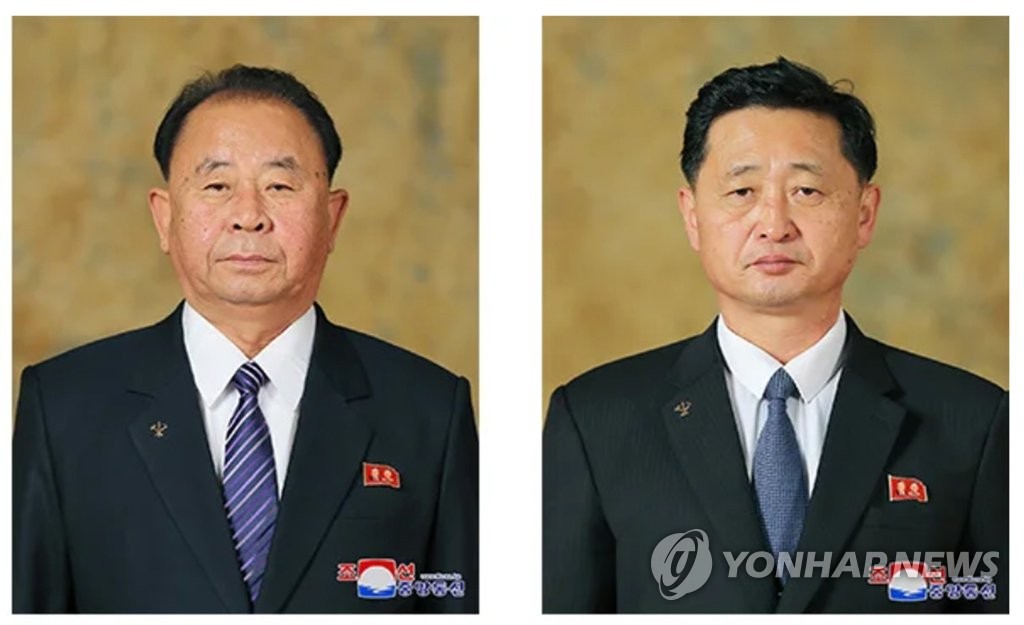 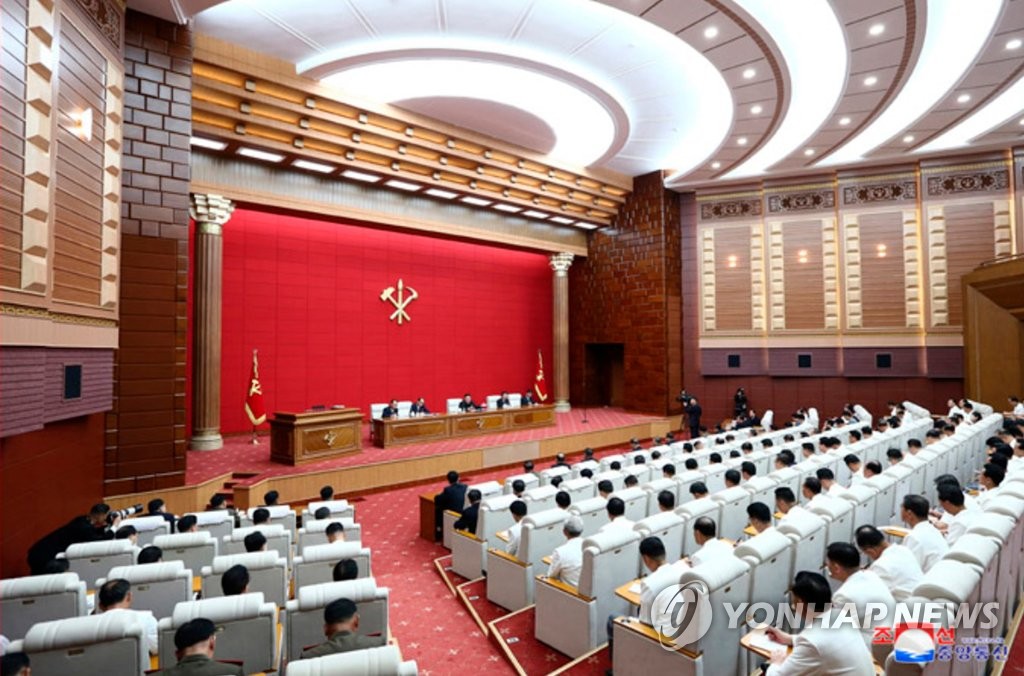