SEOUL, Aug. 14 (Yonhap) -- A married couple running a shop in Seoul's Dongdaemun Market has been confirmed to be infected with the new coronavirus, the city government said Friday, as the virus continues to spread, especially in the capital and nearby Gyeonggi Province.

The store is located in Tongil Shopping Mall, home to more than 600 shops selling clothing-related materials, such as zippers and buttons.

They tested positive for COVID-19 on Wednesday, and health authorities have since been tracing their contacts, according to the city.

New confirmed cases in major traditional markets in central Seoul have put health and quarantine authorities on heightened alert. A total of 10 infections were linked to the Namdaemun Market, the nation's largest traditional market and one of the hottest tourist spots among foreigners, earlier this week.

The local government has sent text messages advising citizens with coronavirus symptoms after visiting Tongil Shopping Mall, especially between Aug. 3 and 8, to get tested. 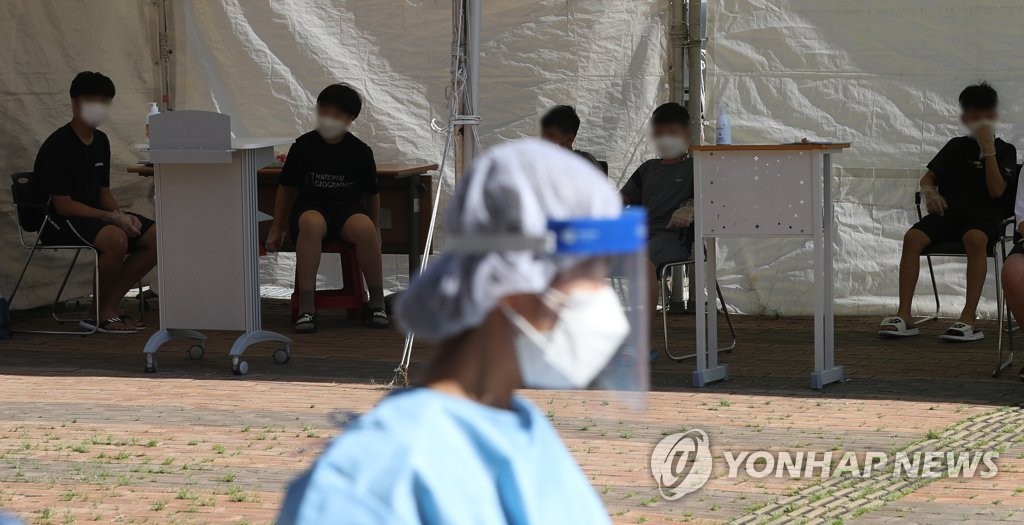 So far, 13 people were found to have had contact with the couple during the period.

South Korea announced Thursday in a daily update that 56 coronavirus cases had been added, including 47 local infections.

It marked the second consecutive day that new virus infections were tallied above 50.

The government has left the door open for tightening social-distancing regulations again.