(ATTN: ADDS USFK's planned participation in the operation in paras 5-6)
By Choi Soo-hyang

Front-line military units have been working to search for mines that could have made their way south from the Demilitarized Zone (DMZ) and other border regions as heavy downpours have drenched the country for weeks. As of Friday, 12 mines have been collected.

Starting Monday, the military will expand the operation area to overall border regions, including those hit by landslides or flooding, with additional forces and equipment, the JCS said.

The U.S. Forces Korea will also join the efforts with its mine detection and explosive ordnance disposal teams, officials said.

"The U.S. military plans to send troops to Cheorwon and carry out operations after forming task forces with the South Korean military," an official said. 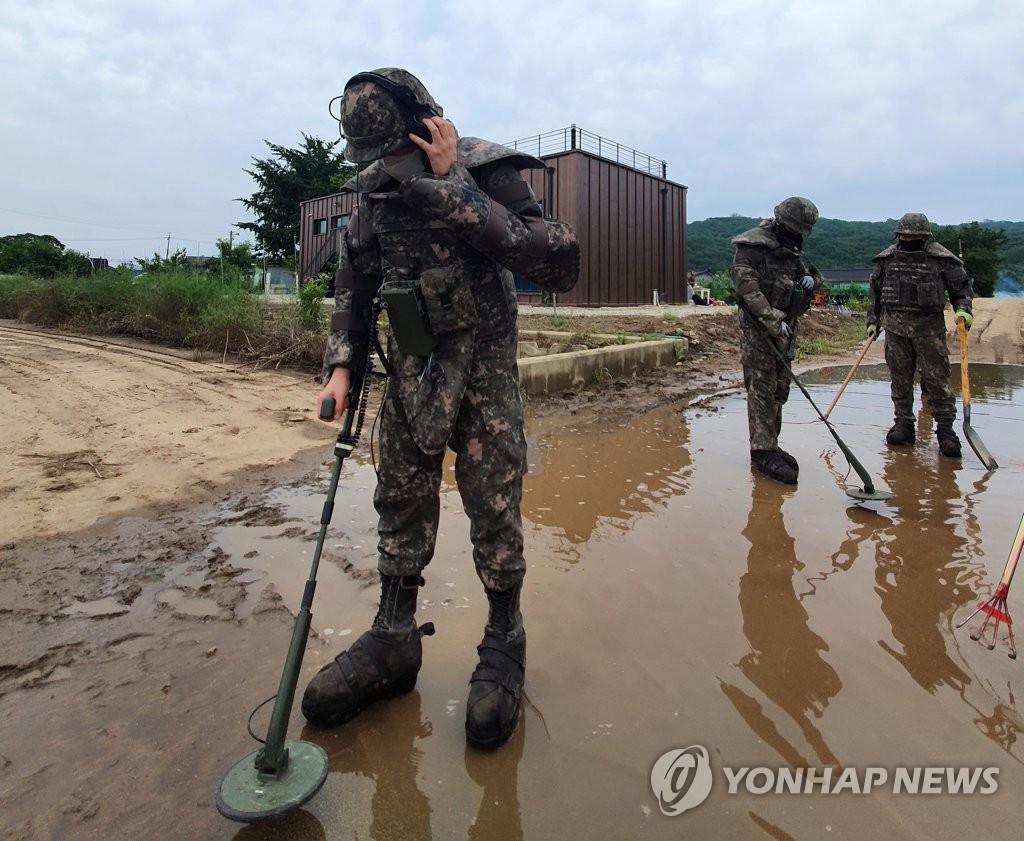